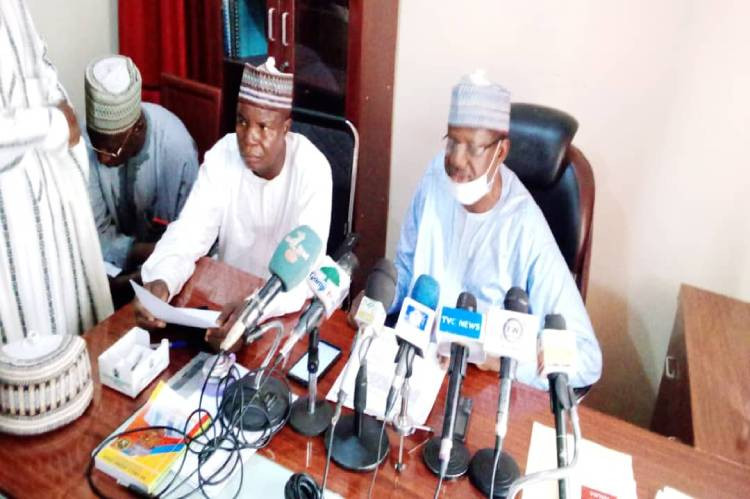 The Zamfara state government has confirmed the arrest of seven security personnel for aiding and abetting banditry in the state and other parts of the Northwest region.

Disclosing this to newsmen, the state Commissioner of Information Ibrahim Dosara said the suspects sabotage military operations by sharing military intelligence, supplying uniforms, arms and ammunition and other facilities to armed bandits

“The police, acting on our human intelligence, made some arrests of some security personnel involved in sabotaging the efforts by the military and other security agencies fighting the insurgents terrorizing the state and beyond.

I wish to inform you that, the state government has just received a report from the Police on the arrest of seven security operatives involved in aiding and abetting banditry activities across the state” he said

Ibrahim Dosara said suspects who have already been interrogated and confessed to their respective crimes, have been sabotaging the operations, by sharing military intelligence, supplying arms and ammunition, military uniforms, and other facilities to the armed bandits to prevent our gallant soldiers from conquering the bandits.

Dosara said one of the suspects was arrested in connection with fraternizing with suspected bandits and supplying them with ammunition and in the course of arrest, the suspect was caught in possession of 20 rounds of 62mm of live ammunition at the point of handing over to the buyer, one Kabiru Bashiru of Maniya village, a suspected active bandit. Having received advanced payment of N100,000.00 earlier from the buyer.

The Commissioner said a team of Policemen attached to Serious Crime Unit (SCU), while acting on intelligence information, intercepted two suspects from Zurmi and Shinkafi LGAs allegedly supplying bandits with ammunition and military camouflage from Lagos, while another team of Police on patrol along Wanke-Dansadau road arrested another suspect from Rukuja Area of Musawa LGA of Katsina State and the course of interrogation, the suspect was discovered to be from one of the hideouts in the forest of Dansadau. While searching through his handset the suspect’s picture was discovered holding an Ak—47 rifle, other sophisticated weapons belonging to him.

Dosara added that another suspect from Kamarawa village of Isa Local Government area of Sokoto State who is a medical doctor was arrested by operatives of operation Puff Adder for allegedly supplying military kits to suspected armed bandits within Shinkafi local government area some of the items recovered from him include Ten pairs of military jungle boots, five sets of shingers and military hand globes were recovered from the suspect

He said another suspect was arrested by a team of police personnel attached to Counter Terrorism Unit (CTU Base 18 Gusau) in possession of 2 locally made guns, 12 live cartridges, bunch of charms, and cash amounting to N523,000.00.