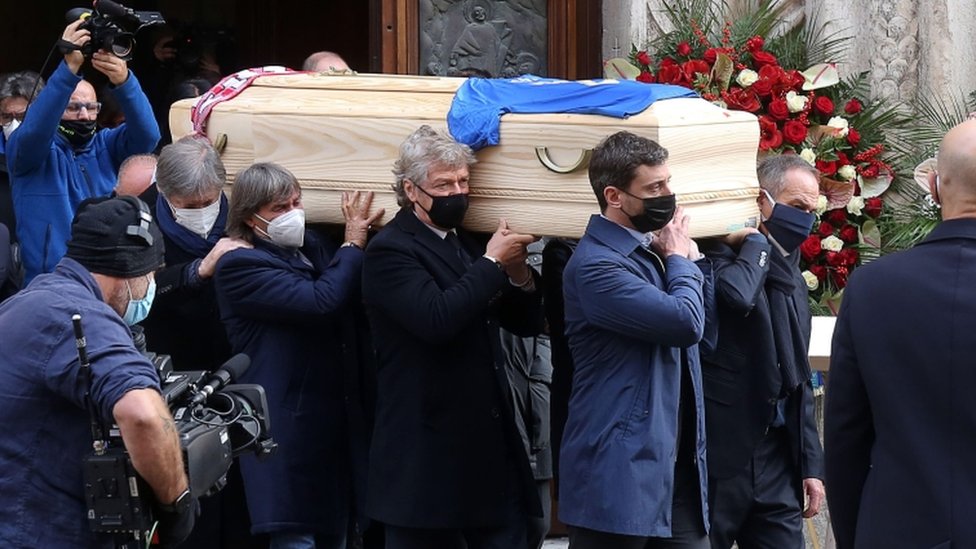 The home of Italy’s 1982 World Cup hero Paolo Rossi in the Tuscan countryside was burgled Saturday during his funeral service.

Italian news agency AGI reported that Rossi’s wife Federica returned from the ceremony in the North-Eastern Italian city of Vicenza to discover the home they shared near Bucine, southeast of Florence, had been broken into.

Items stolen included a watch belonging to the football legend and cash.

Rossi and his family lived in a farmhouse in Poggio Cennina, a hill overlooking the Val d’Ambra, where he ran an organic farming company and agritourism resort.

All players in Italy on Saturday took to the pitch wearing black armbands in memory of Rossi who died on Wednesday, aged 64.

A minute’s silence was observed before kick-offs with Rossi’s photo projected on large screens with the words “Heroes never die” and “Ciao Paolo”.