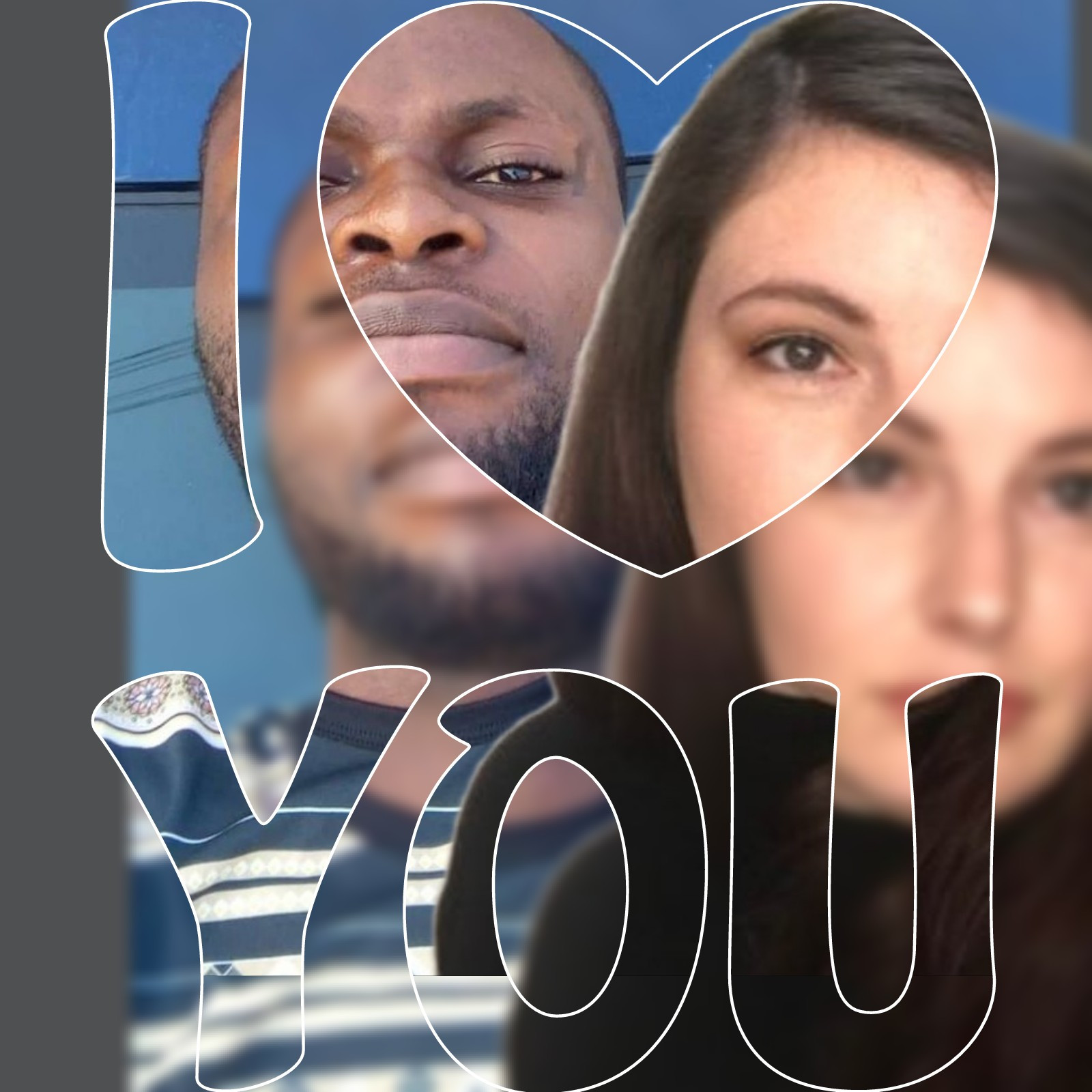 A Nigerian man photoshopped image of himself and a White woman together then declared love for her after she asked to know more about Nigeria and the woman  has now responded.

“Any suggestions on what hashtags I should search to see pictures of plants, animals, landscapes, sunrises etc. of your beautiful country?

“I’m curious to know what nature looks like there right now! I tried a few things, but no luck.” 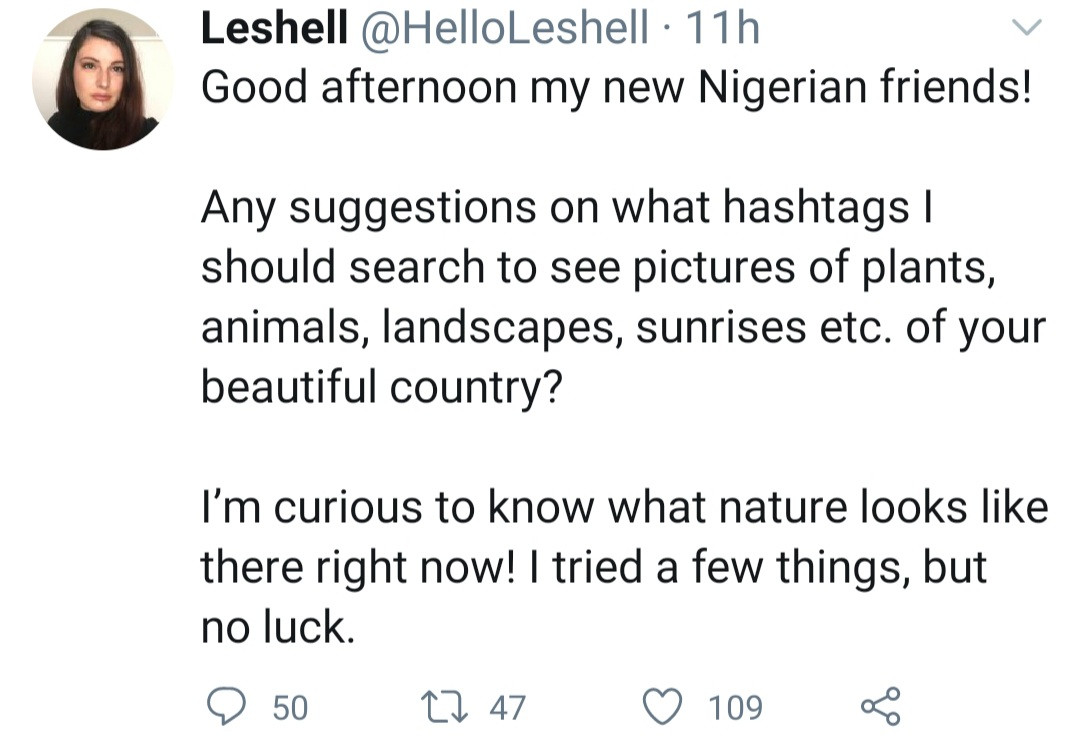 A Nigerian man named Ifeanyi quickly responded with a photoshopped image of him and the woman with “I love you” on the image.

“I love you so much,” he added in the caption.

Responding, the woman who lives in Washington, USA, told Ifeanyi that she’s married.

She wrote: “I prefer pictures of birds to boys, although I’m tempted to put this picture on my refrigerator next to the Dr….My husband would be very confused. (We’re very happily married – he doesn’t mind some teasing.)” 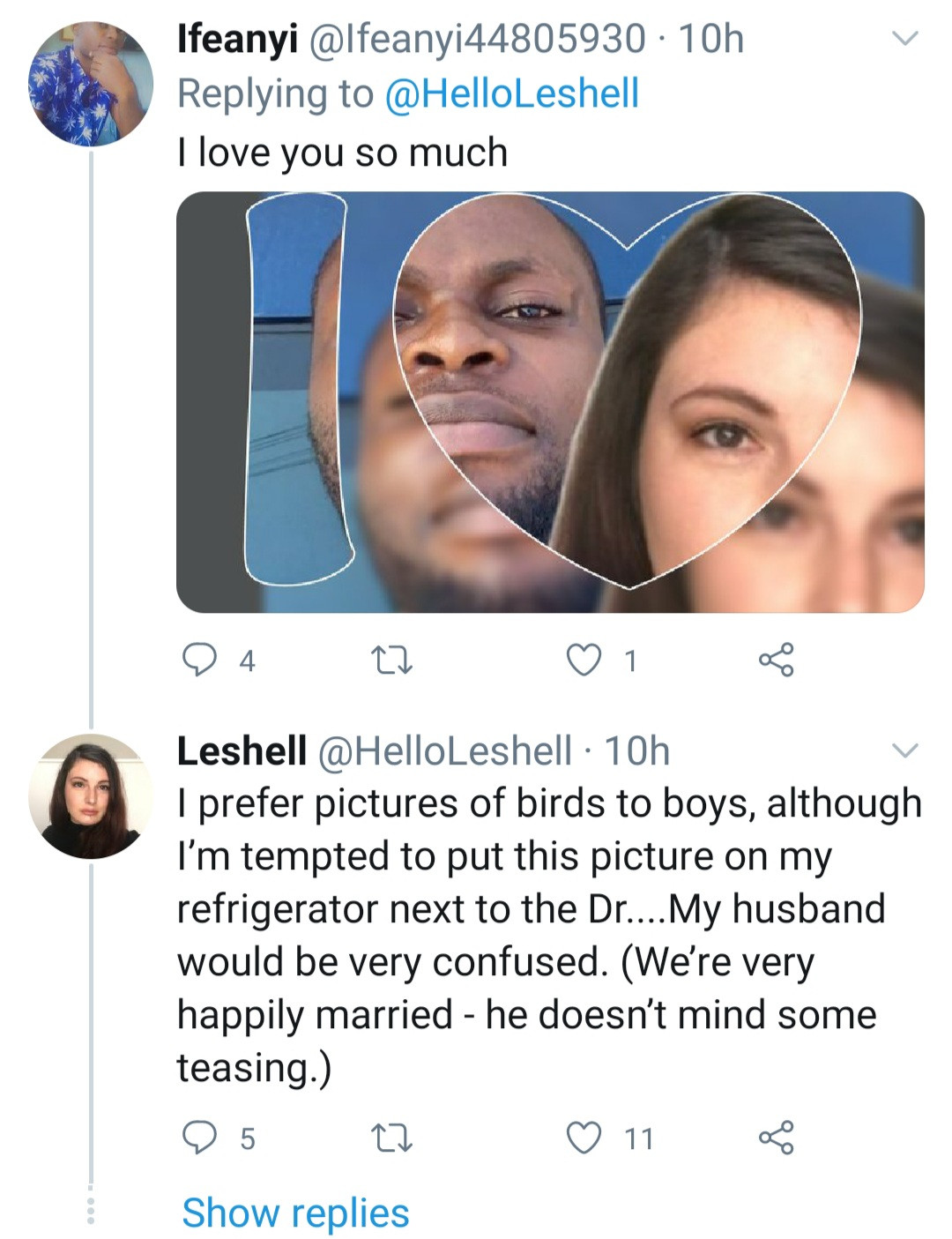 Nigerians reacted by making fun of the Nigerian man who decided to shoot his shot but fell short of his target. 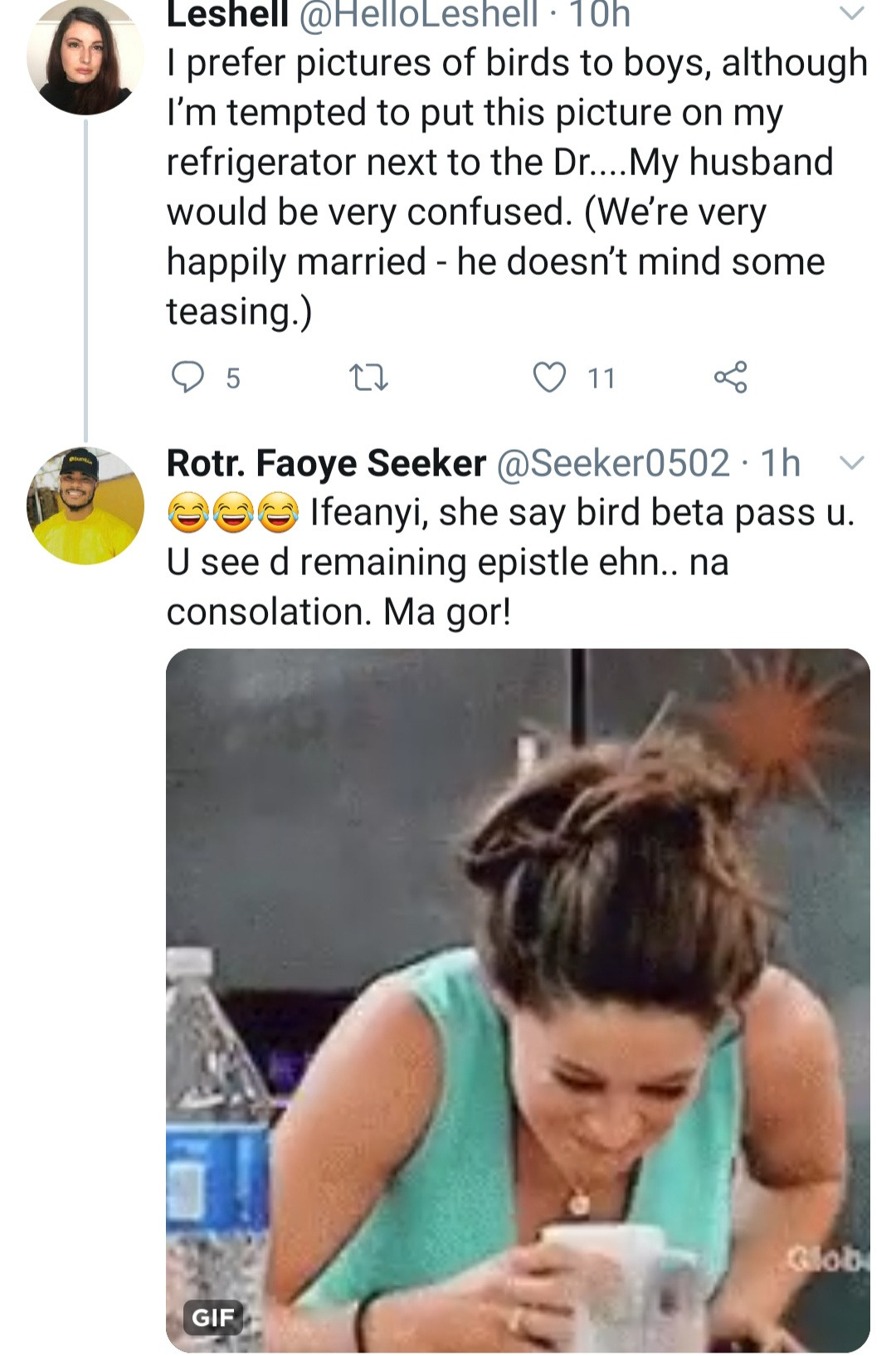 The woman later responded, retweeting the kinds of images she’s hoping to see. 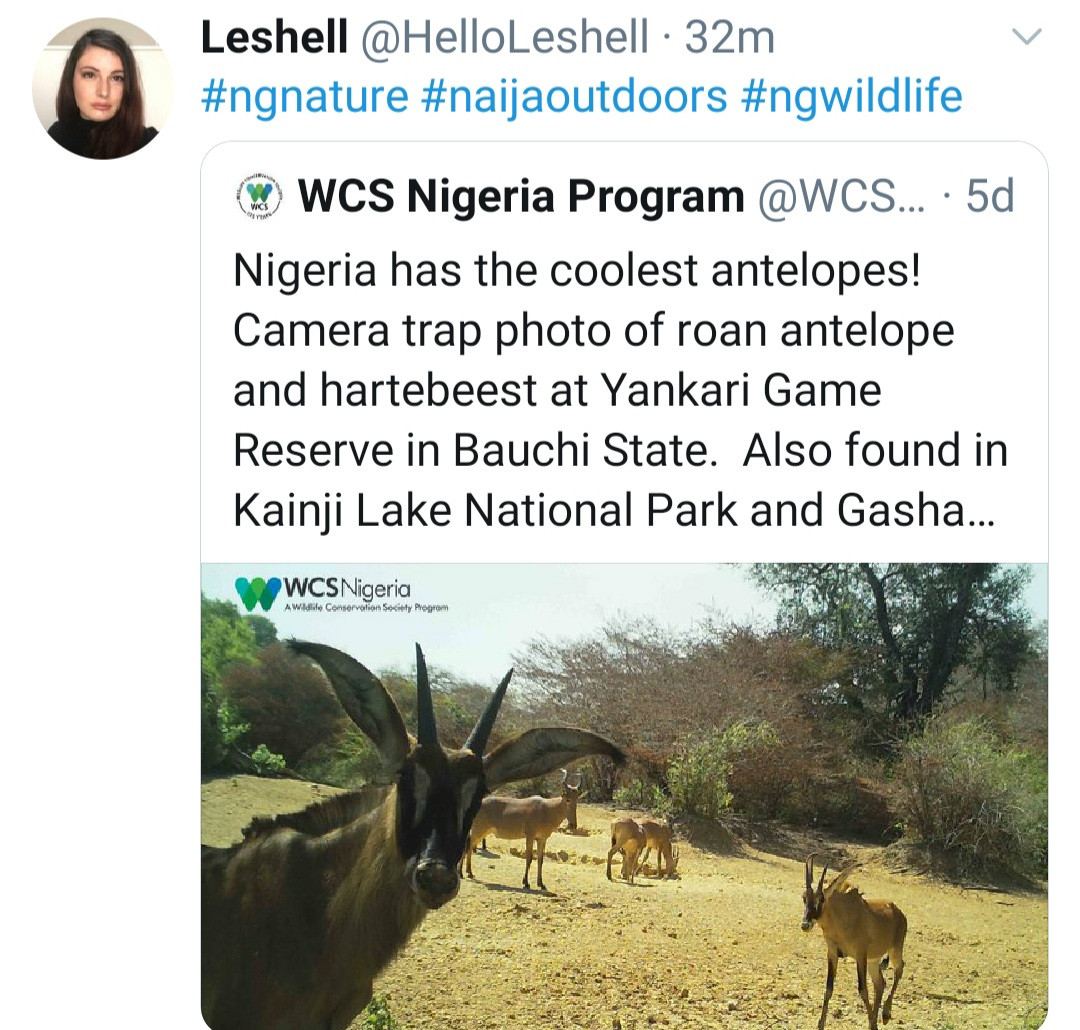