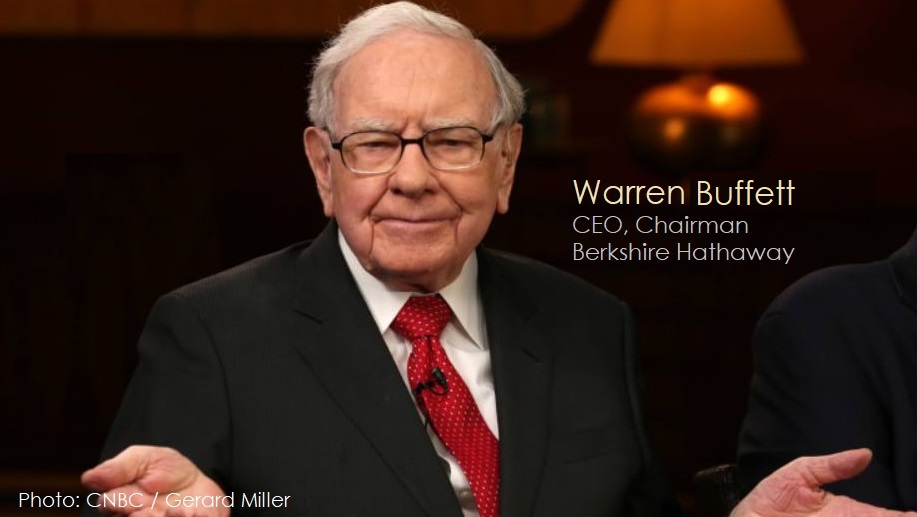 Warren Buffett shelled out $6.5 billion to help Mars acquire Wrigley in October 2008, cementing one of the few mega-mergers during the financial crisis and creating a global confectionery giant.

Unsurprisingly, the sweet-toothed investor and Berkshire Hathaway CEO was a fan of Wrigley and Mars years before he got involved with the maker of Juicy Fruit and Altoids, and the confectioner behind M&Ms and Skittles.

“I’ve been conducting a 70-year taste test since I was about 7-years-old on the products,” he told CNBC after the Wrigley-Mars merger was announced in the spring of 2008. “And they met the 70-year taste test.”

Indeed, Buffett was singing Wrigley’s praises more than a decade before the deal. He compared it to Coke in terms of enduring market share in his 1993 letter to shareholders .

“Leaving aside chewing gum, in which Wrigley is dominant, I know of no other significant businesses in which the leading company has long enjoyed such global power,” he said.

Buffett also lauded its simple business model in his 2011 letter .

“‘Buy commodities, sell brands’ has long been a formula for business success,” he said. “It has produced enormous and sustained profits for Coca-Cola since 1886 and Wrigley since 1891.”

Buffett’s familiarity with the candy business and both Wrigley and Mars products meant he felt comfortable dealing with them at a difficult time.

“I understand a Wrigley or a Mars a whole lot better than I understand the balance sheet of some of the big banks,” he told CNBC.

“I don’t know what oil or wheat or soybeans or cocoa or anything like that’s going to be selling for next week or next month or next year,” he continued.

“I do know people are going to be chewing Wrigley gum and eating Mars bars.”

‘They knew the check would clear’

Wrigley accepted a $23 billion takeover offer from Mars in April 2008, paving the way for the pair to bring their brands under one roof, share talent and insights, and consolidate their sales, marketing, and distribution infrastructure.

Privately owned Mars decided to pay $11 billion itself, secure a $5.7 billion debt facility from Goldman Sachs, and enlist Buffett and Berkshire to provide the rest of the financing.

“We fit very well as a partner for what the Mars family wanted to achieve in this purchase,” Buffett told CNBC at the time.

“They needed somebody they felt comfortable with, they knew the check would clear, that wouldn’t interfere in any real way,” he added.

Buffett agreed to purchase $2.1 billion of Wrigley’s preferred stock, which paid a 5% annual dividend and gave him a 10% stake in the company. He also committed to buying $4.4 billion in Wrigley bonds that carried an 11.45% interest rate and matured in 2018.

The Mars-Wrigley deal closed about six months later in October 2008, just weeks after Lehman Brothers collapsed, and the US financial system seized up.

Buffett trumpeted the transaction, along with Berkshire’s investments in Goldman Sachs and General Electric , in his 2008 shareholder letter .

“We very much like these commitments,” he said, highlighting their lofty yields and the equity that Berkshire received in all three cases

Buffett also mentioned the deals in his 2009 letter as examples of Berkshire supplying much-needed liquidity to companies during the crisis.

The Mars-Wrigley merger was “completed without pause while, elsewhere, panic reigned,” he said.

Buffett added to his Wrigley investment in December 2009 when he bought $1 billion of the group’s 5% senior notes, due in 2013 and 2014. Berkshire’s filings offer few details about the notes, but they appear to have been settled on time.

Nearly five years after the merger, Mars reached out to Buffett and asked to repurchase Berkshire’s Wrigley debt early. The investor demanded the candy giant pay a 15.45% premium to the bonds’ par value as compensation.

Berkshire received just under $5.1 billion in October 2013, scoring a $680 million return on its $4.4 billion outlay. It also earned about $2.5 billion in interest during the five years it held the notes based on their 11.45% interest rate.

Mars contacted Buffett again in 2016 as it wanted to buy him out and take full control of Wrigley. The confectioner originally had the option to repurchase up to half of Berkshire’s Wrigley shares during the 90 days starting October 6, 2016, but had to wait until 2021 to redeem the rest.

Buffett agreed to sell all his Wrigley shares for about $4.6 billion in September 2016. The steep premium reflected the value of the future dividends he was giving up.