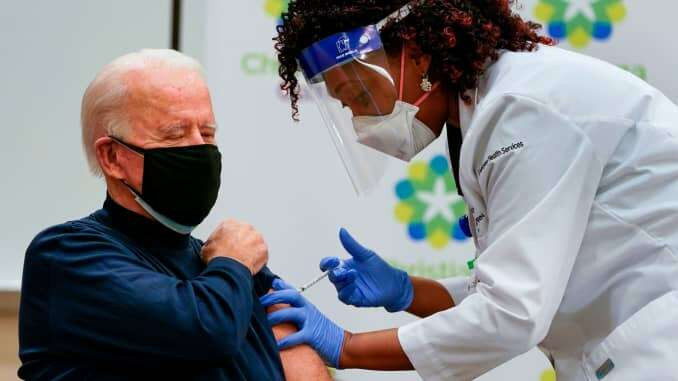 US President-elect, Joe Biden will receive his second dose of the Covid-19 vaccine on Monday, January 11, three weeks after his first injection was broadcast live on TV to boost public confidence in the jab.

Mr. Biden, 78, told Americans “there’s nothing to worry about” when he got his first dose of the Pfizer vaccine at the Christiana Hospital in Newark, Delaware on Dec 21.

His transition team said that his second jab would also be done in front of the media, without giving further details.

As of Friday, more than 6.6 million first doses of the two vaccines had been administered, according to the nation’s health agency, the Centers for Disease Control and Prevention (CDC).

The United States is the worst affected country in the world with more than 22 million cases and at least 3,74,000 deaths to date.