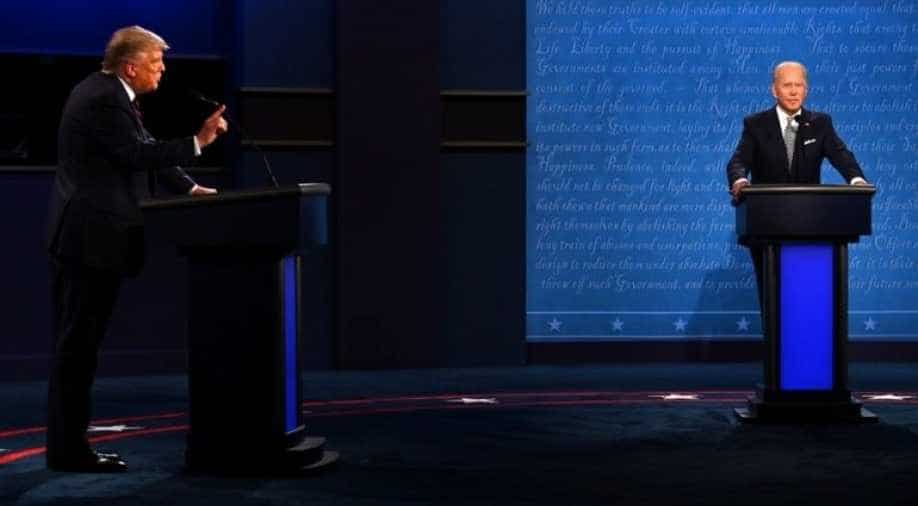 During the first Presidential Debate for the upcoming US elections 2020, the US President Donald Trump and his opponent Joe Biden took to the stage for a face-off.

While talking about the novel coronavirus, Trump was seen boasting about the huge turnout at his election campaigns. Talking about how ‘Sleepy Joe’ was always conducting online campaigns, Trump even took a hit at Biden laughing “nobody would come”.

Trump said he went ahead and conducted the campaigns in open-air, mainly near or at the airports where he says, “thousands of people turn up within 24 hours notice”.

He was seen boasting about how thousands of people turn up at his election campaigns, but failed to address the lack of social distancing and masks.

He also mocked Joe Biden for wearing masks. To this, Biden recalled the incident when a journalist approached Trump and he took a step back asking ‘Have you been tested?’ claiming that Trump only cares about himself, and nobody else.

This is not the first time Trump has been seen boasting about the huge campaign turnouts. Previously at the Michigan rally, he had said, “This is not the crowd of a person who comes in second place.”

‘You graduated lowest of your class’

The two also participated in bitter banter where Biden called Trump to be not that smart, to which the President replied “There’s nothing smart about you” because “you graduated the lowest of your class”.

The two leaders did not also shake hands at the beginning of the debate. While the primary reason behind the same can be the fear of contracting coronavirus, it also pointed towards the bitterness between the two leaders.