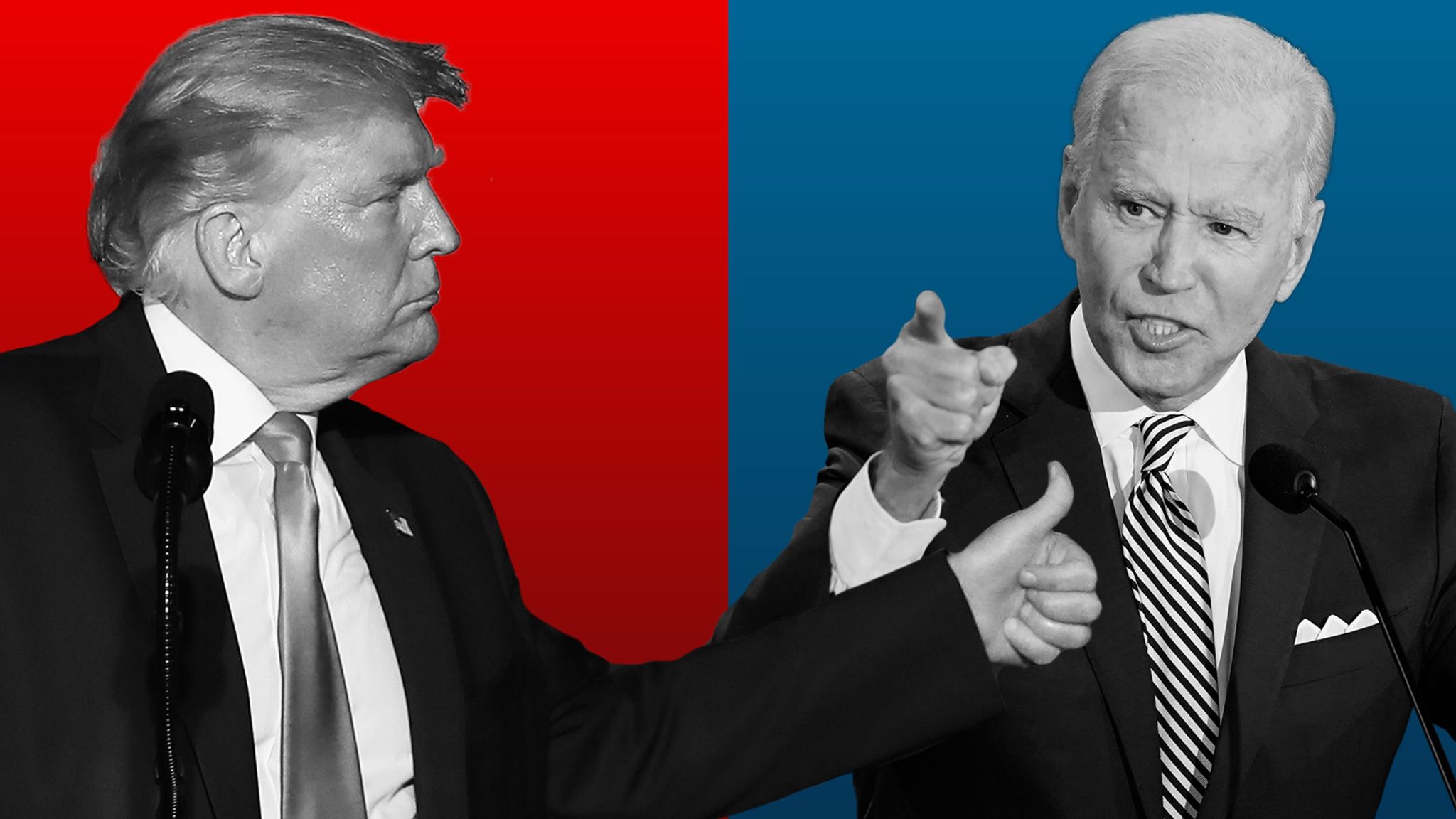 President Trump’s COVID-19 diagnosis and hospitalisation, and refusal to participate in the second presidential debate due to the proposed virtual format, have been only the latest astonishing events in the race for the White House.

While from day to day the campaign brings new surprises and controversies – most it needs to be said in relation to the president as his challenger has steered a low profile but focused course – the race had proved remarkably stable as far as voters’ preferences seem to be concerned.

The Democratic Party’s Joe Biden has held a sizeable and steady lead in the polls since early summer. The latest NBC/Wall Street Journal poll of registered voters puts him 11-points ahead of Donald Trump – on 53% to 42%.

But what will decide the 2020 election?

Many have argued that US presidential elections are a referendum on the record of the incumbent and their party.

Presidents who lead the country through periods of peace and prosperity tend to win re-election. Those who preside over economic downturns and military losses or misadventure tend to be punished by the electorate. Performance matters.

In 2016, dissatisfaction with the status quo played a part in Donald Trump’s victory. In the exit poll, 93% of Trump voters expressed the view that the country was “seriously off on the wrong track”, whereas 61% of Clinton voters considered things were “generally going in the right direction”.

As the 2020 campaign nears the finish line, 58% of the public believe the country is worse off than it was four years ago.

With the Republicans now in control of the White House, responsibility for the direction of the country has now changed hands – with Democrat supporters now more likely to express misgivings about where things are headed.

If 2020 is to be a referendum on the record of the president, voters will have many issues to choose from in deciding their vote.

Normally, a president considered better than their opponent on the economy would be considered a strong favourite for re-election. But these are not normal times.

While Mr Trump has a 48% to 41% lead over Mr Biden on who is considered better when it comes to dealing with the economy, this does not seem to be translating into electoral support.

How the economy has performed under Trump in five charts

This may be partly due to the huge economic shock that has occurred due to the pandemic under the Trump administration’s watch – with the unemployment rate currently standing near 8% and economic growth having fallen more than 30% in the second quarter of 2020.

The obvious reason that the economy is not proving pivotal to voters’ choices in this particular election is that President Trump is widely seen to have mishandled the key issue of the day – the coronavirus pandemic.

Even before the virus had spread through the White House like wildfire, the president’s persistent downplaying of the disease, side-lining of expertise and unwillingness to mobilise federal resources in response to the pandemic has gone down poorly with voters.

Joe Biden has a commanding 17-point lead when it comes to who is considered better dealing with COVID-19.

Mr Trump’s contracting of the virus appears to have done little to reverse this state of affairs. Some 51% of people now agree that Mr Trump “did not take the threat seriously enough at the beginning and is still not handling well”, and 44% still consider him to be “taking unnecessary risks” with his own COVID-19 diagnosis.

Another issue that some had claimed would play to Mr Trump’s advantage was the civil unrest following the deaths of black people caused by US police – such as Black Lives Matter protests in response to the killing of George Floyd.

The president’s repeated references to “law and order” on social media have made this campaign tactic very clear.

Yet this has not resulted in any clear advantage for Mr Trump, who trails Biden by four points on who is better when it comes to dealing with crime and violence.

Further, voters widely believe that Mr Biden is better when it comes to dealing with race relations. It is also telling that the Black Lives Matter movement receives majority support from the US public. Campaigning on domestic instability has not proved a fruitful strategy for the incumbent.

Foreign policy does not offer a comfortable fall back for the president, who has pursued an isolationist agenda in office, with his Democratic challenger consistently considered better able to handle the issue by voters.

In contrast to 2016, immigration has barely figured as an issue during the campaign – even though it was a significant factor in the last election.

Not only has the salience of the issue been reduced by the coronavirus pandemic, but a majority of the public has consistently expressed disapproval of the way Mr Trump has handled immigration since taking office. Joe Biden even has a slight edge over Mr Trump in polling on who is most trusted to do a better job of handling the issue.