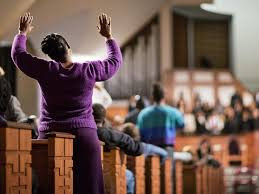 Twitter user @pipeloluwa_ took to his handle on Sunday, December 27 to share the story of how a pastor expressed sadness over the N800, 000 his church members gave to him as a gift.

The church members came together and contributed the money for him as he is about to leave their church as their resident pastor. According to the Twitter user, the pastor felt sad that the church members could only raise N800, 000 for him and not N1 million or more.

Read the story as shared on his Twitter handle below

I attend a Redeem Church and today was the send forth program for the former Pastor and the Church was able to raise the sum of N800,000 to gift the Outgoing pastor. Y’all won’t believe that this man, came on the pulpit and said he’s highly disappointed in the Current Pastor and members of the church cause he expected more from them, this man was expecting the church to give him a million naira or more. Jsyk, the Church in question is just a small, developing church situated in a rural area of Lagos.

What annoys me the most is that this particular pastor who was saying all sorts, used up the entire funds in the church account before he handed over to the current pastor and he still had the effrontery to say such on the altar.

Tbvh, I’m very livid and furious because this is the same church that so many members of the congregation are struggling to make ends meet, but these members were kind enough to raise the sum of N800,000 and the best this man could do was to lambast the entire congregation?

Like fgs, if you were so disappointed why did you collect the money?” 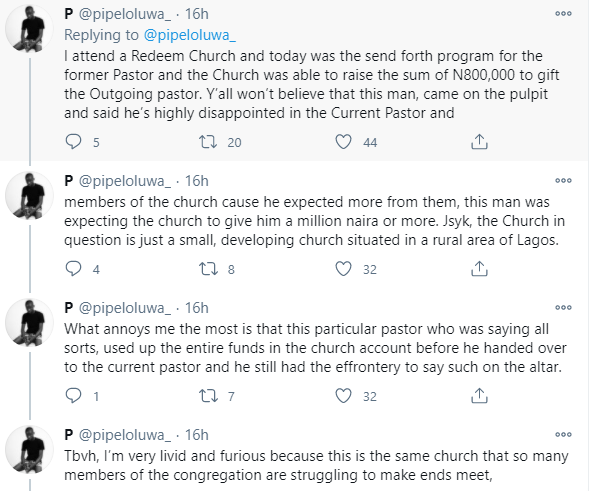