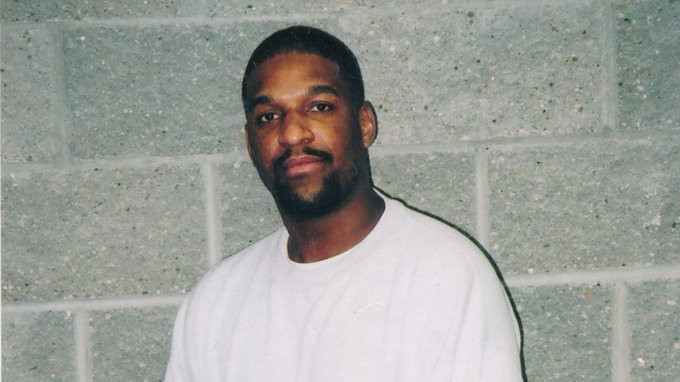 The Trump administration has executed a death Row inmate while he was still recovering from coronavirus.

52-year-old Corey Johnson was executed by lethal injection at the Federal Correctional Complex in Terre Haute, Indiana, and was pronounced dead at 11:34 p.m. on Thursday.

Johnson was sentenced to death after he was convicted of killing seven people in 1992 as a part of the drug trade in Virginia.

In his final statement, Johnson apologized to the victims of his crimes by name. He told his family he loved them and thanked staff in the prison’s Special Confinement Unit, spiritual advisers, and his legal team.

“I would have said I was sorry before, but I didn’t know-how. I hope you will find peace,” he said, according to a statement released by his lawyers. “To my family, I have always loved you, and your love has made me real. On the streets, I was looking for shortcuts, I had some good role models, I was side tracking, I was blind and stupid. I am not the same man that I was.” 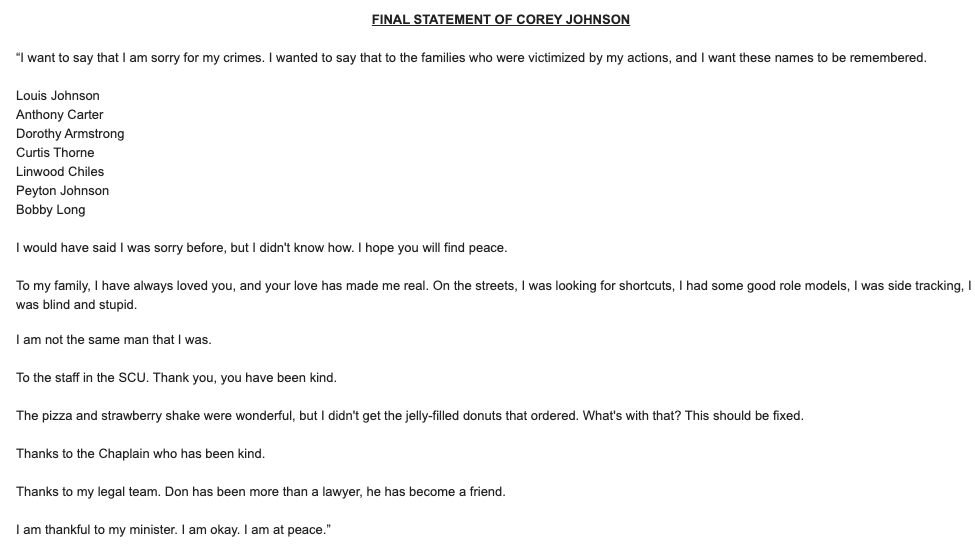 Before his execution, there was a tense legal battle because Johnson was still experiencing symptoms from his COVID-19 diagnosis last month.

Medical experts warned that receiving an overdose of pentobarbital would likely be even more painful for individuals recovering from COVID-19 because the virus often damages the lungs.

A federal judge found these warnings credible and on Tuesday stayed the executions of Johnson and another man, Dustin Higgs, who was also diagnosed with COVID-19, until March. But the government appealed and, ultimately, the U.S. Supreme Court allowed Johnson’s killing to proceed.

Johnson’s lawyers condemned the execution as a “stark violation of the Constitution and federal law.”

“The government’s arbitrary rush to execute Mr. Johnson, who was categorically ineligible for execution due to his significant impairments, rested on procedural technicalities rather than any serious dispute that he was intellectually disabled,” Donald P. Salzman and Ronald J. Tabak said in a statement.

“No court ever held a hearing to consider the overwhelming evidence of Mr. Johnson’s intellectual disability. And the clemency process failed to play its historic role as a safeguard against violations of due process and the rule of law.”

“We loved Corey Johnson, and we knew him as a gentle soul who never broke a rule in prison and kept trying, despite his limitations, to pass the GED. His family and loved ones are in our hearts,” the lawyers added.