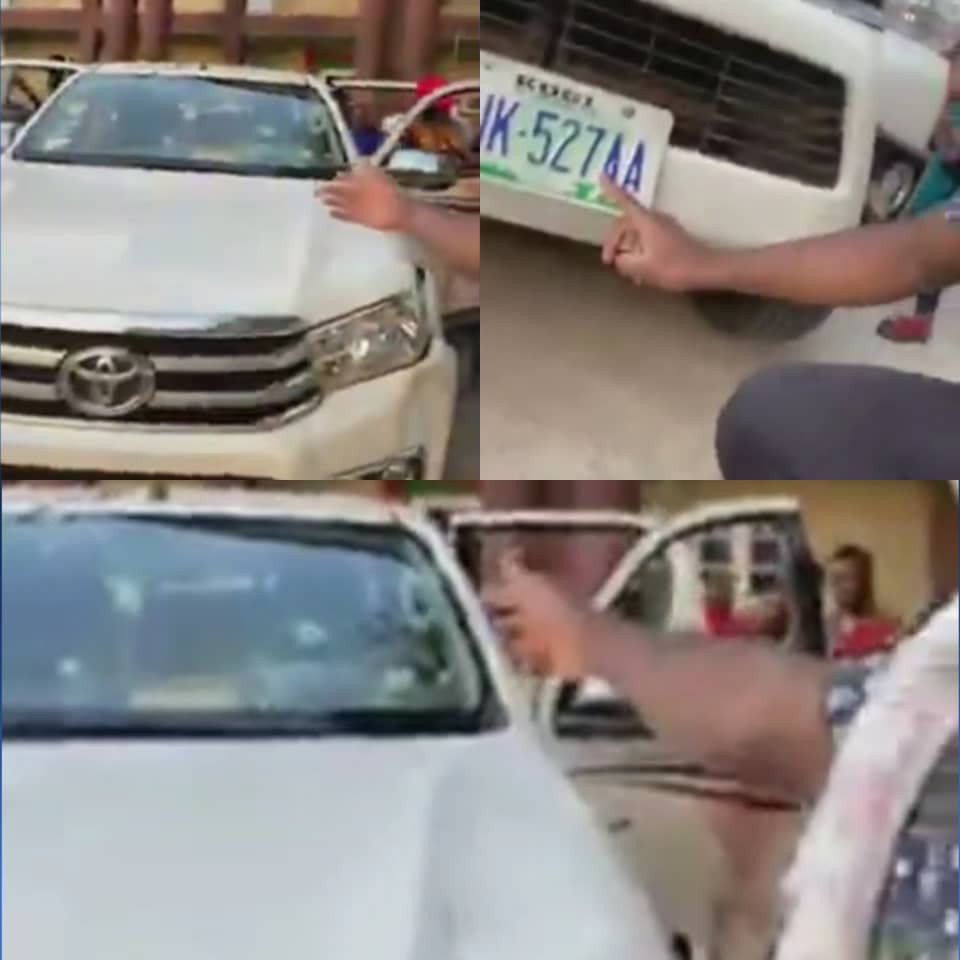 The Anambra State Police Command has reacted to a trending video clip showing a white Toyota Hilux with registration number Kogi BJK-527-AA with two male occupants fatally injured in which the recorder claimed the incident took place in Ihiala LGA of Anambra State.
A statement released by the spokesperson of the state police command, Haruna Mohammed, says the report is absolutely misleading with the tendency of creating tension and panic in the State as no such incident happened in the state.
Haruna said a preliminary inquiry conducted by the Command revealed that the alleged incident took place at Awoidemili community in Orsu Local Government Area of Imo state. He said the victims were only rushed to our lady of Lord’s hospital, Ihiala where they were confirmed dead by the medical doctor. Consequently, the Divisional Police headquarters where the incident took place in Imo State had since commenced an investigation into the circumstances surrounding the incident.

“The Command wonders why the recorder could not cross-check his facts with the Police in a sensitive matter such as this before sharing on the social media. The Command insists that calls for victim support in accident or security-related situations and indeed other reports by social media users must be distinct and devoid of mischief of any kind.” the statement read

See the video below