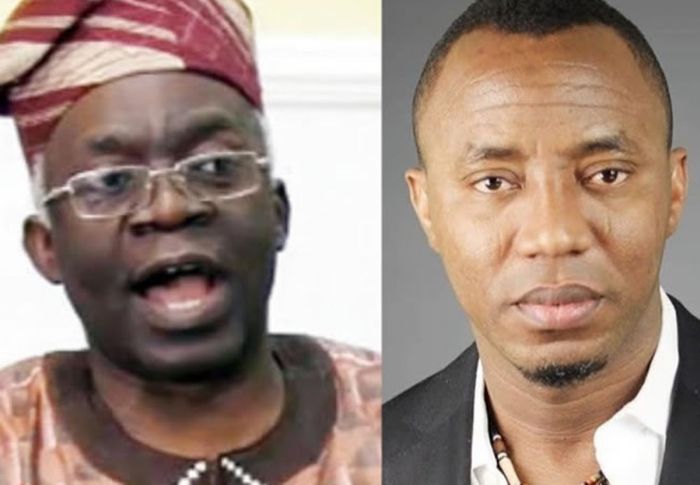 Popular human rights lawyer, Femi Falana, SAN, has revealed that he has been directed by SaharaReporters Publisher, Omoyele Sowore, to sue the Nigeria Police Force for torture.

Falana disclosed this development in a message forwarded to newsmen.

The Senior Advocate noted that the former presidential candidate was badly beaten and subjected to dehumanizing conditions in contravention of the Anti-Torture Act.

“Since Mr Sowore’s fundamental right to dignity has been recklessly violated by the police we have his instructions to press for charges against all the officers who subjected him to physical and mental torture in contravention of the letter and spirit of the provisions of the Anti Torture Act of 2017,” he said.

He expressed that from indications, the Nigeria Police Force is waiting for “orders from above” before releasing Sowore.

He further stated that the Nigeria Police are holding Sowore for alleged breach of COVID-19 protocols but had denied him bail for two consecutive days even though the law says such offenses are bailable.

Falana further stated that his client had pointedly told the police that he had not breached COVID-19 protocols.