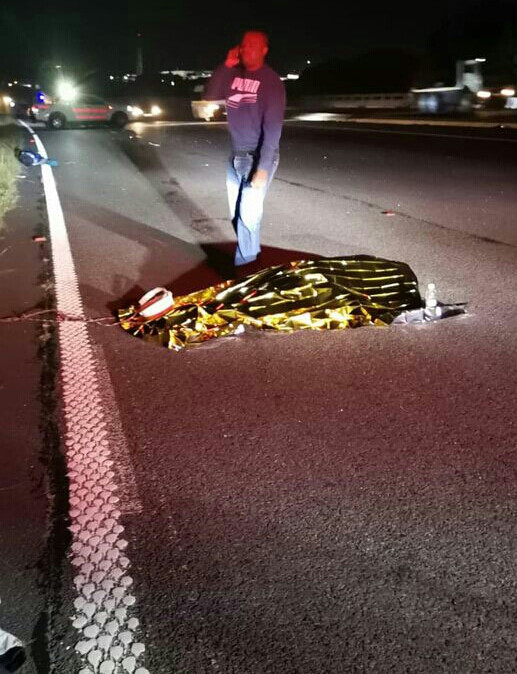 A 28-year-old South African woman who survived a car crash was killed by a hit-and-run-driver while searching for her missing cellphone.

Reaction Unit South Africa’s Prem Balram, who disclosed this in a statement said the woman had been a passenger in a bakkie that overturned on N2 between Mhlanga and North Coast Road in the early hours of Monday, April 19.

“A passenger in a Toyota Hillux bakkie that overturned was killed while searching for her cellphone on the south bound lane of the N2 between Umhlanga and North Coast Road this morning (Monday).”

“A member of Reaction Unit South Africa (RUSA) was on patrol on the highway when he noticed the bakkie lying on its side. The Officer called for assistance at 04:09. The driver of the overturned vehicle informed the Reaction Officer that he was travelling with his girlfriend from Pinetown to Cornubia. As they approached the Umhlanga offramp he lost control of his vehicle which veered into the south bound lane and overturned. The couple were not injured in the initial accident.

“Emergency Services began clearing the scene when the female decided to search for her missing cellphone. She was struck by an unknown vehicle which was travelling on the extreme right lane. The vehicle sped off without stopping. The woman landed approximately 50 meters away from the point of impact.

“Medics were called back to the scene and the female was pronounced deceased on their arrival.”

“This morning at 5am, a 28-year-old female was allegedly knocked by a vehicle on the N2 South Bound Bridge” he stated on Monday. 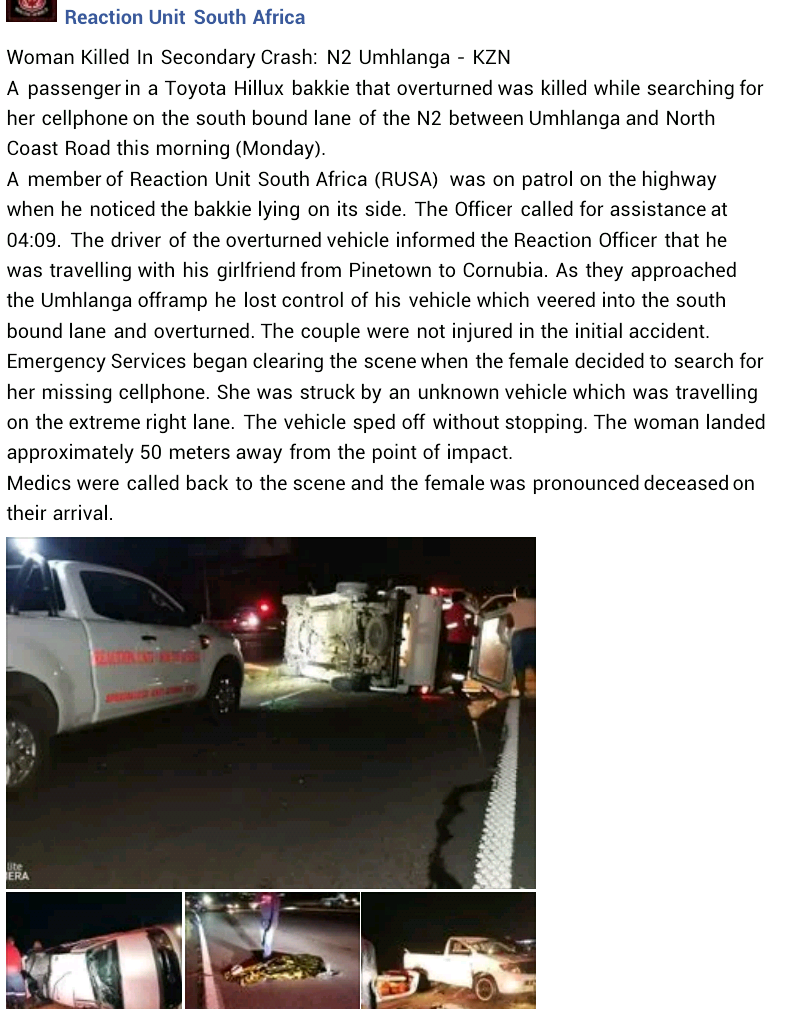 What my husband told me before his death – Dare Adeboye’s wife, Temiloluwa opens up 2 min read