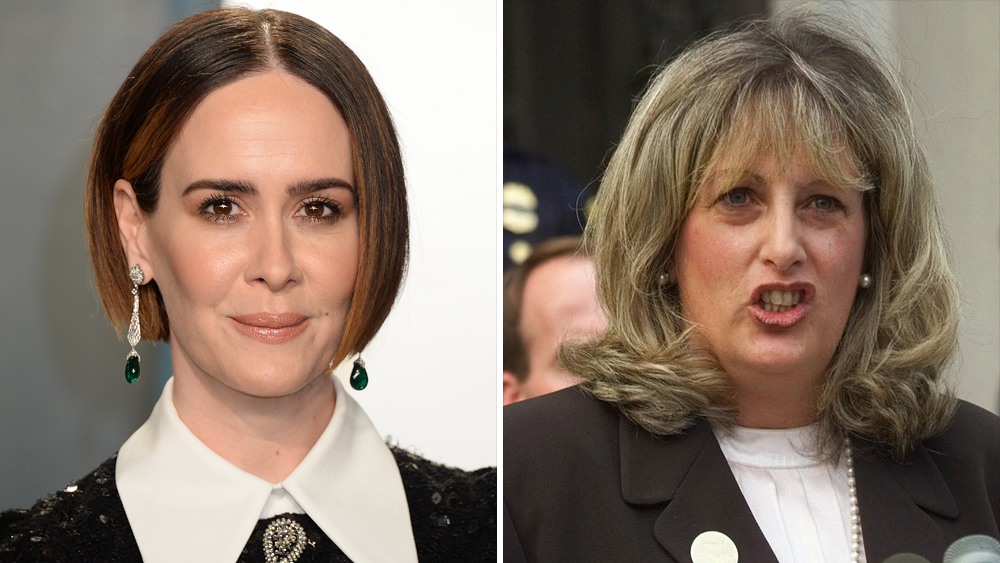 Award-winning actress Sarah Paulson is reuniting with frequent collaborator Ryan Murphy for his latest series American Crime Story: Impeachment, which will focus on Bill Clinton’s presidential impeachment and his affair with Monica Lewinsky.

Paulson will be playing Linda Tripp, who notoriously taped calls she had with Lewinsky about the White House intern’s sexual encounters with Clinton. Paulson explained to Deadline that director Steve McQueen encouraged her to see “how important it was for me to stand back from my own judgment of the character and to not sit in a space of judgment and that it wouldn’t help me play the part, and it wouldn’t help me tell the story.”

“Unlike Marcia Clarke, who was so misunderstood and vilified erroneously, this story with Linda is much more complicated,” Paulson explained. “I don’t think a lot of people in life don’t stand in the mirror and constantly assess what they’re doing. I think Linda was just not one of those people who was, perhaps, not aware of just how far this story was going to go, and what her part was going be,” she told the outlet. “It’s totally challenging in a way that is very exciting to me as an actor, but it’s not super easy to live inside of it as a human being.”

“I feel like so much has been said on why actors in fat suits are harmful on so MANY different levels but even at the very basic, surface level,” Chirico continued. “This is one more fat person getting shut out.” These tweets started an interesting discussion of marginalization and how fat people aren’t represented in Hollywood at all.

“Sarah Paulson could have done a dozen different roles in this and would have slayed as she often does,” one Twitter user wrote. “There are so few opportunities for actors who aren’t Hollywood’s Preferred Physique & plenty of actors out there who could have killed this role without putting on a fat suit.” GLOW breakout Britney Young also weighed in. “I guess fat suits need work more then fat actors,” the actress wrote. “That’s gotta be the reason, right?”