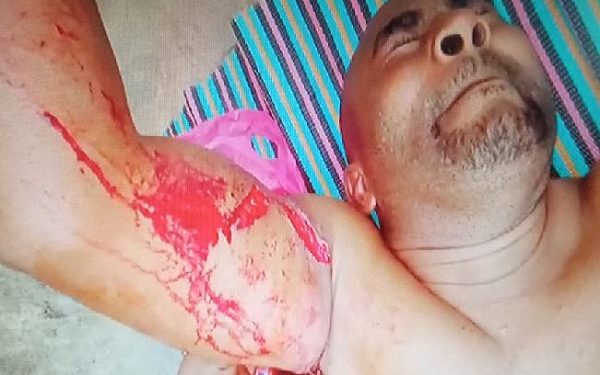 Residents of Igbo Ilogbo area of Ayobo, a Lagos suburb, have cried out to Governor Babajide Sanwo-Olu and the Inspector General of Police (IG) Mohammed Adamu to rescue them from hoodlums led by an alleged notorious land grabber, Femi Adebayo a.k.a. Scorpion.

The distress call followed a recent attack on property owners in the community by hoodlums allegedly hired by one Adebayo, during which several persons sustained machete cuts.

Our correspondent gathered that many of the victims of the attack are currently battling for their lives in the hospital.

The attack, which allegedly took place penultimate week, has created panic in the community with residents abandoning their houses for fear of being attacked.

Residents said they purchased their land from the original landowners, the Olalore family, wondering why Adebayo and his men would use them as an oblation for their feud with the family.

A resident who spoke in confidence for fear of retribution said he had deserted his house after the vicious hoodlums forcibly locked him out of his property and threatened to deal with him.

“The attack caught us unawares a few days ago. The hoodlums suddenly invaded our community and attacked residents with a machete. They forcibly chased us out and locked our houses.

“Many people sustained machete cuts. As I speak with you, I have not been able to return home because the hoodlums are still in the community and I don’t think our lives are safe there anymore.

‘’We are therefore calling on police authorities both in Lagos and Force Headquarters as well as the Anti-Land grabbing task force to save us from these mindless attacks by hoodlums.”

Narrating their travails at the hands of the suspected hoodlums, one Wole Adeyoye said they had reported the incessant attacks to concerned authorities to no avail.

“For several weeks now, we have been living in fear of constant terror by hoodlums at the instance of Scorpion. Scorpion is being misled to attack us on our landed property by a man called Ambali, who has been disowned by the Olalore family who sold the land to us.

“We have reported these attacks in the past to nearby police stations, but this time around, we are calling on the Inspector General of Police, the Special Task Force on Land grabbing in Lagos State and Governor Babajide Sanwo-Olu to save us from these thugs are land grabbers.”

Sources in the community said the attack had been reported to the Zone 2 Police Command, Lagos, noting that the latest attack was one too many.

“We have reported the matter to Zone 2 Police Command and those involved, including Scorpion, one Apostle, and others have been served their invitation letters today.

“However, we are appealing to the state government to intervene because these people have been unrelenting in taking over our property by all means.

Speaking with our correspondent, one of the victims of the attack, Tyson Ponle, narrated how he escaped death by a whisker.

“The attack has left me and several others with deep wounds on our body. I am still in pain as I speak because the machete-wielding thugs almost cut my arm into pieces if not that I continued to run away from them, I would have been killed.’’

‘’The entire allegations are 99 per cent falsehood. I have been a land agent before I became a pastor; I don’t have thugs and I am not involved in land grabbing in any disguise,’’ he said.