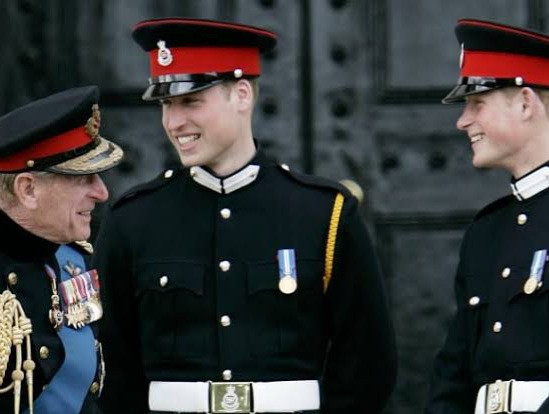 Feuding brothers, Prince William and Prince Harry will not walk together behind Prince Philip’s coffin, funeral details of the Duke of Edinburgh reveals.

The brothers are in the small party of close family members who will follow the Duke of Edinburgh’s body. But they will be separated by their cousin, Peter Phillips.

When the coffin is carried into St George’s Chapel in Windsor, William will move ahead of his younger brother as they take their seats separately. 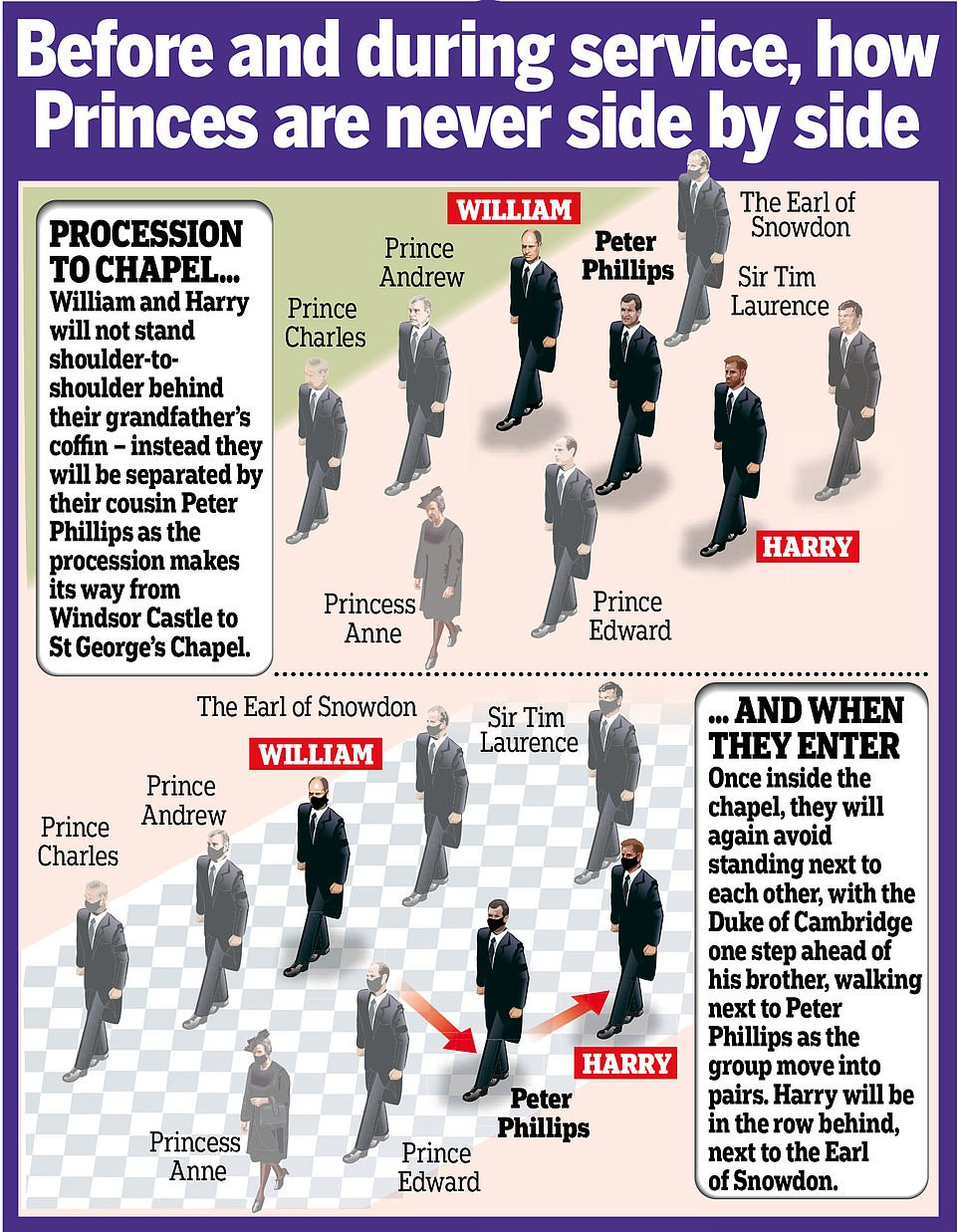 A spokesperson for the palace said people’s perception of the arrangement is not of utmost concern.

The Buckingham Palace spokesman said: “This is a funeral. We will not be drawn into those perceptions of drama. The arrangements have been agreed and reflect Her Majesty’s wishes.”

Covid-19 rules meant a 1,000 name list was cut down to only 30 people. As a result, only close family members will be attending the funeral.

The 30-strong congregation comprises of all of Philip’s children and grandchildren, their spouses and close relatives including Princess Margaret’s son the Earl of Snowdon.