A 30-year-old tailor, Abdullahi Bala, has been stabbed to death by phone snatchers in Fagge Local Government area of Kano state.

Bala was was killed on Friday, October 22, around Zungeru Road-Festing Road in Kano metropolis.

A relative of the deceased, Yazid Ali Fagge, who confirmed the incident to Daily Trust, said that the attack happened around 6:45pm.

“He boarded Adaidaita Sahu (Tricycle) on his way for a condolence visit to Brigade area, unknown to him the driver and passengers in it are phone snatchers,” Fagge explained.

“They asked for his phone, but he threw it outside so that people’s attention could get to what is happening.

In the process, they stabbed him with a metal object on his thigh, and then ran away. Police were alerted and they immediately ordered all those carrying passengers on the drivers’s rear side on the road be arrested immediately.

“Many people were arrested, but nobody could identify the perpetrators. It was the police who took him to Murtala Muhammad Specialists Hospital, and we [his relative] only knew about his death yesterday [Saturday] from the police. In fact, I am just coming back from his funeral this morning,” Fagge added.

Spokesperson of the State Police Command, DSP Abdullahi Haruna Kiyawa, who confirmed the incident said two people have been arrested in connection to the murder and have been arraigned in court.

According to the PPRO, investigation is also ongoing to track other likely perpetrators. 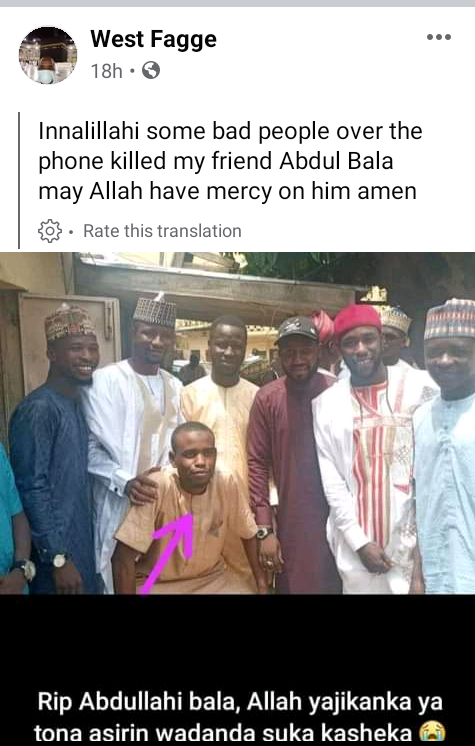 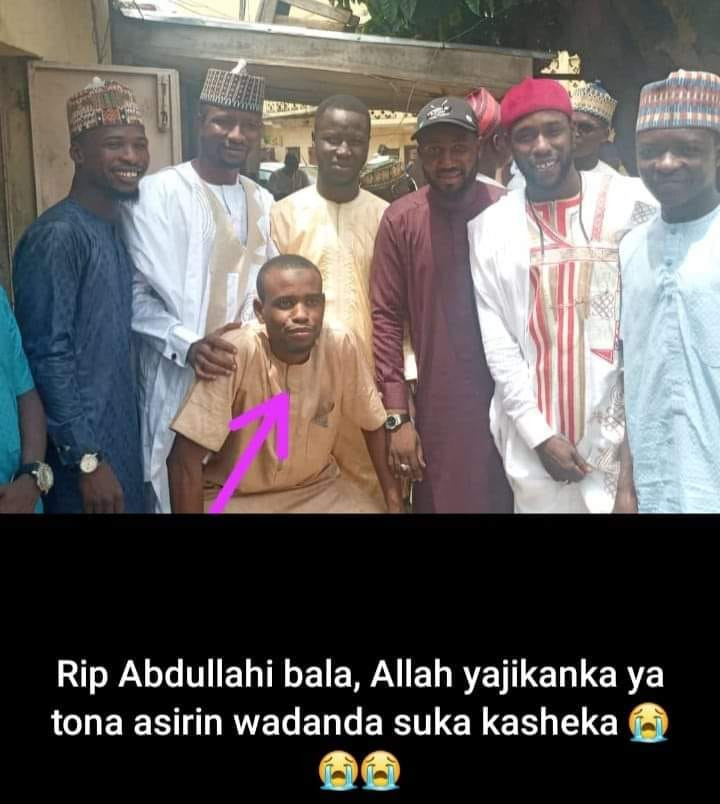 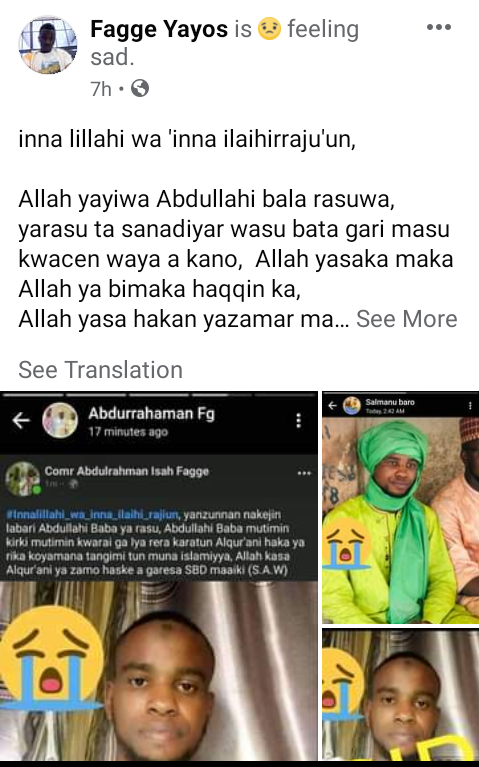 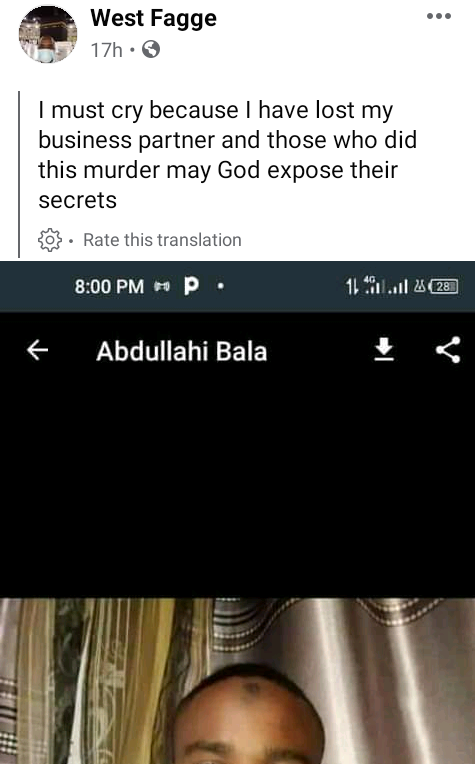