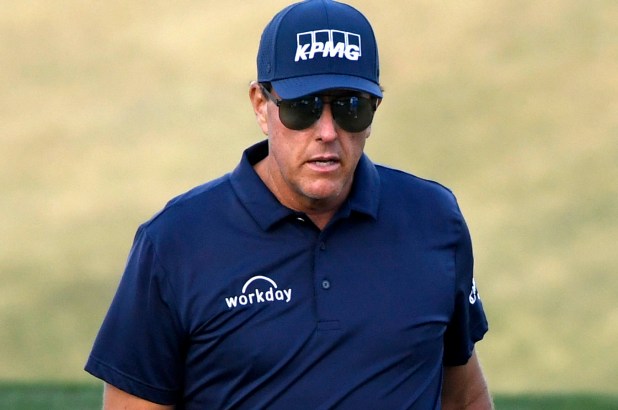 Phil Mickelson has had a lot of historic moments in his career, but this latest feat came Friday in The American Express in La Quinta, Calif. — on a day he missed the cut.

Mickelson, who has won five majors and 44 PGA Tour events in his illustrious career, made 18 pars for the first time in his 2,201 rounds on the PGA Tour.

The 50-year-old Mickelson, who is the tournament’s host, finished his two rounds at 2 over, but making 18 pars felt encouraging and startling to the veteran.

“It’s surprising, because I really try to hit fairways and center of the greens and just make easy pars,” Mickelson told reporters after his round. “For that to be the first time, it’s really shocking.

“There’s a lot of good things to take from it — the way I’m driving the ball, my iron play. There’s a lot of positives. If you look at the scorecard, it’s pathetic. I’m not denying that. But I think that it’s a little bit closer than it looks.”

Sungjae Im, who shot a 65 on Friday, holds a one stroke lead over five golfers entering Saturday’s third round.

As for Mickelson, he often has a hard time finding fairways consistently, but didn’t have to scramble for many pars in the round. He hit 10 of 14 fairways and 13 of 18 greens in regulation, but he took 30 putts on Friday and finished 123rd in strokes gained putting for the week

This is the start of four — and possibly five — consecutive tournaments for Mickelson, who will tee it up next week in the Farmers Insurance Open at Torrey Pines.