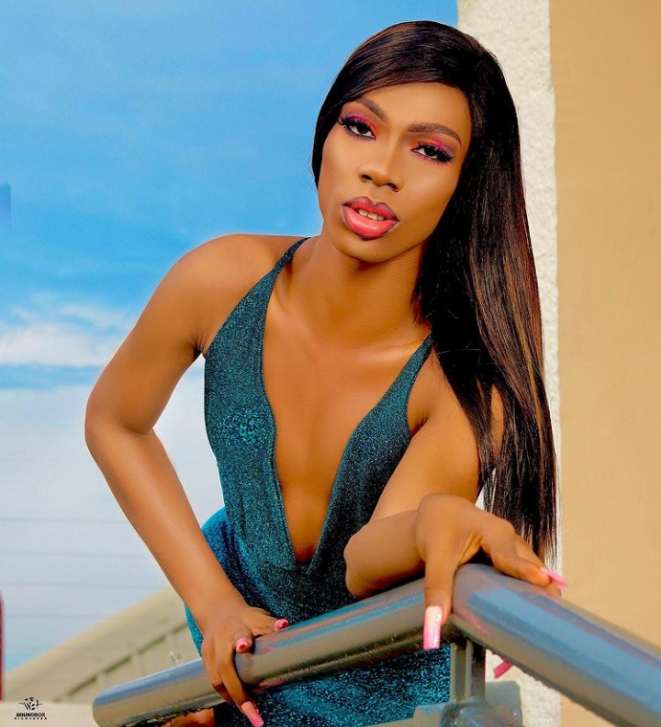 Nigerian crossdresser, James Brown has been spotted having fun and sharing a kiss with Omah Lay’s girlfriend, Rachel.

A video making the rounds on social media shows the duo chilling by the pool side and holding themselves before sharing a kiss.

This is coming hours after Omah Lay reportedly unfollowed Rachel over cheating allegations.

Reports had alleged that Rachel was having a secret affair with another man, a report which the man in question later debunked.

He claimed that he’s just friends with Rachel and there’s no romantic attachment between them. According to him, he has been friends with her for years and they’ve kept it at the friendship level.

Watch the video below;