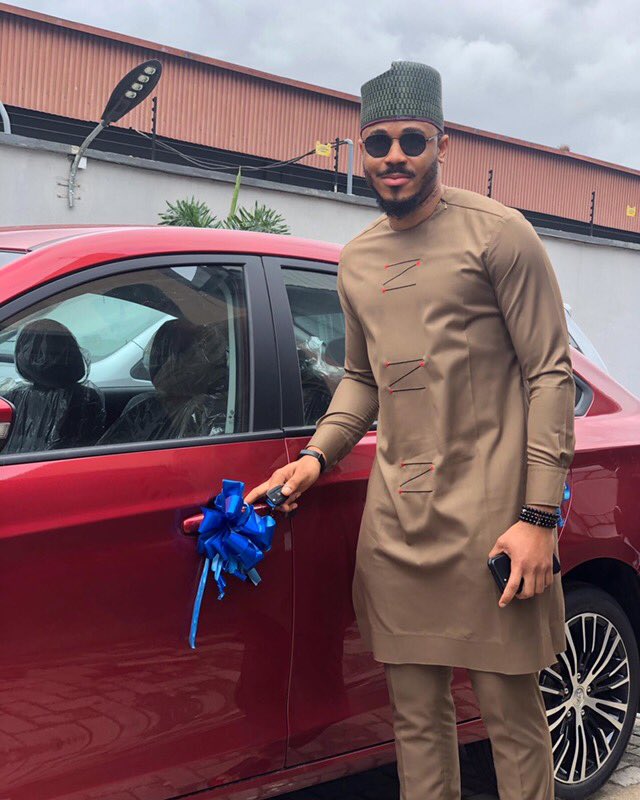 Big Brother Naija Lockdown contestant, Ozo has been presented with the brand new IVM Caris Car he won during the Innoson motors challenge.

Recall that Ozo became the owner of the brand new automobile after he emerged as the winner of a task which was sponsored by Innoson Vehicles.

The consultant and his fellow housemate, Neo, had emerged as the finalist of the task which saw other housemates dropping out one after the other.

Unfortunately, in the last leg of the competition which required housemates revealing numbers that they had previously memorized, Neo lost to Ozo.

Ozo took to his twitter account to share pictures of the moment the car was presented to him and threw a knowing question at his fans.

“New whip alert!
Thank you @innosonvehicles
Who am I taking on my first ride?” 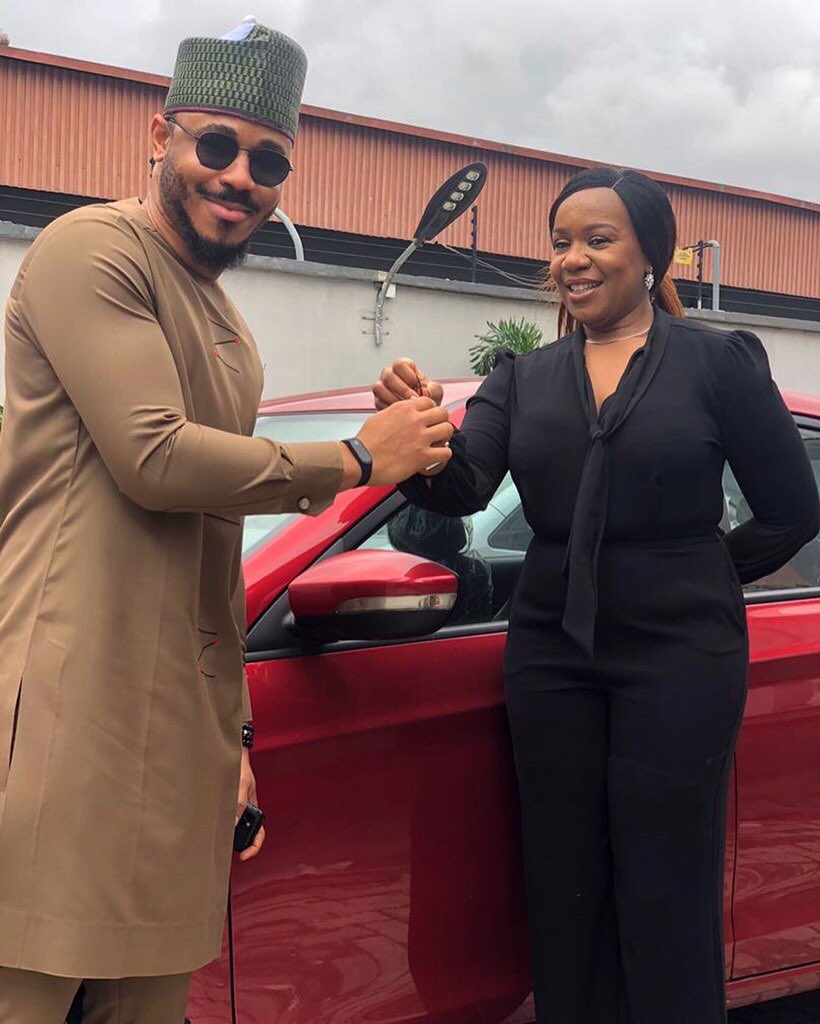