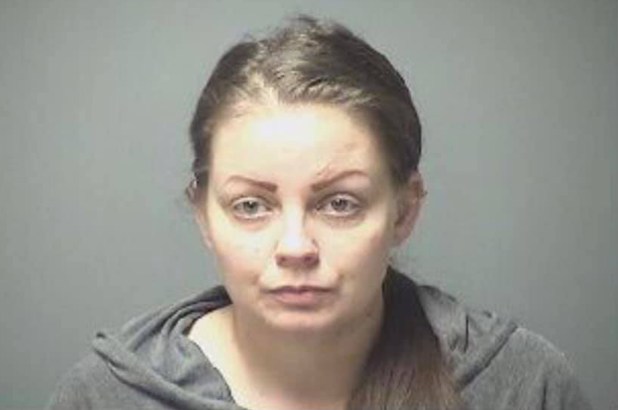 A New Hampshire mother of three was arrested on a charge of child endangerment for allegedly sending her 3-year-old alone in a Lyft – and later leaving her urine-soaked baby strapped in a carrier, police said.

Stephanie Goddu, 35, of Manchester, barricaded herself at her home before surrendering to officers on Friday, two days after police were notified that two of her kids had not been picked up from daycare, cops said.

Goddu appeared “incoherent and disoriented” and had trouble answering questions when officers arrived to investigate.

Her 3-month-old, urine-covered baby, who was wearing extremely warm clothing, was found to be strapped to a carrier seat that was not more than 6 feet away from a heater, police said, adding that there was concern the infant could overheat.

Police discovered that on Jan. 4, Goddu had hired a Lyft driver to take her 3-year-old to daycare. The child arrived safely, but was alone in the vehicle.

Goddu was charged with endangering the welfare of a child and resisting arrest.