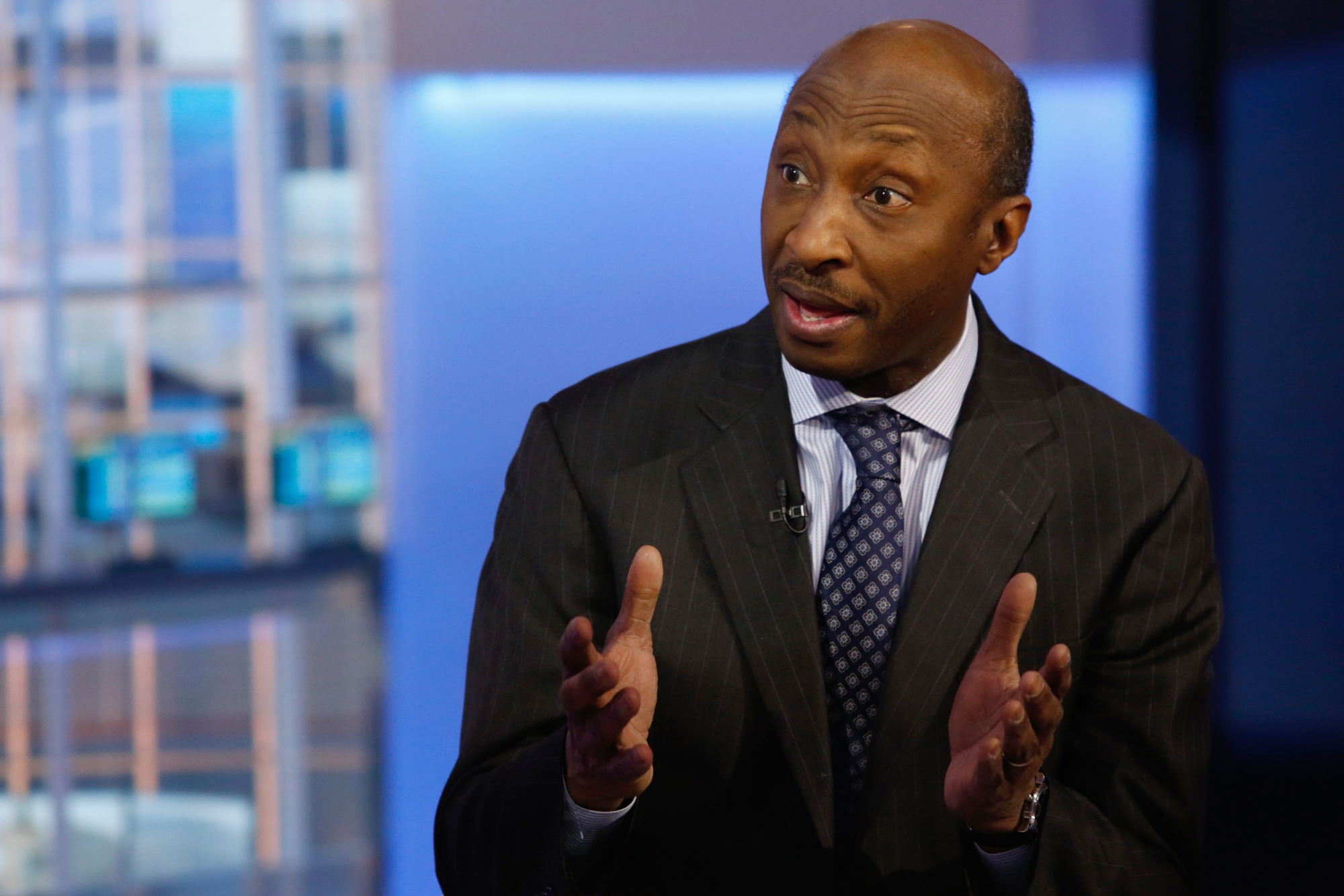 Merck & Co Inc said on Thursday Kenneth Frazier, one of only a handful of Black executives leading major U.S. companies, will step down as chief executive officer at the end of June and be replaced by Chief Financial Officer Robert Davis.

Frazier, 66, will remain with the drugmaker as executive chairman for a transition period to be determined by the board.

He was set to retire in 2019, but the company scrapped a policy requiring CEOs to retire at the age of 65.

Frazier joined Merck nearly 30 years ago and climbed the ranks, attaining the CEO role of the Fortune 500 company in 2011. Under his leadership, cancer drug Keytruda raked in blockbuster sales and is now one of the leading products in a new generation of oncology treatments.

During the same time, shares of the company more than doubled.

Frazier, the grandson of a sharecropper, made headlines in 2017 when he became the first business leader to leave former U.S. President Donald Trump’s manufacturing council following Trump’s comments on a white nationalist rally held in Charlottesville, Virginia.

“His shoes won’t be easy to fill in so many ways, both within Merck but also including his many principled and valuable contributions to important issues facing society today,” Davis said on a post-earnings conference call.

Frazier’s transition follows the recent retirement of Roger Perlmutter, who ran the company’s research and development division for much of Frazier’s tenure and was also considered a major force behind the success of Keytruda. Dean Li took over for Perlmutter on Jan. 1.

Davis has been CFO since 2014 and in charge of the company’s business development, real estate and other corporate strategic functions since 2016.

A career healthcare executive, he was the president of Baxter International Inc’s medical products business before joining Merck and also spent 14 years at Eli Lilly and Co.

Citi analyst Andrew Baum said the elevation of Davis is a likely indication of increased focus in reducing the dependency on Keytruda.

In the fourth quarter, sales of Keytruda rose 28.4% to $3.99 billion, beating Wall Street’s estimates of $3.87 billion, according to IBES data from Refinitiv.

Merck also projected operating expenses to be higher this year, as it ramps up spending on its COVID-19 antiviral programs after ending the development of two coronavirus vaccines.