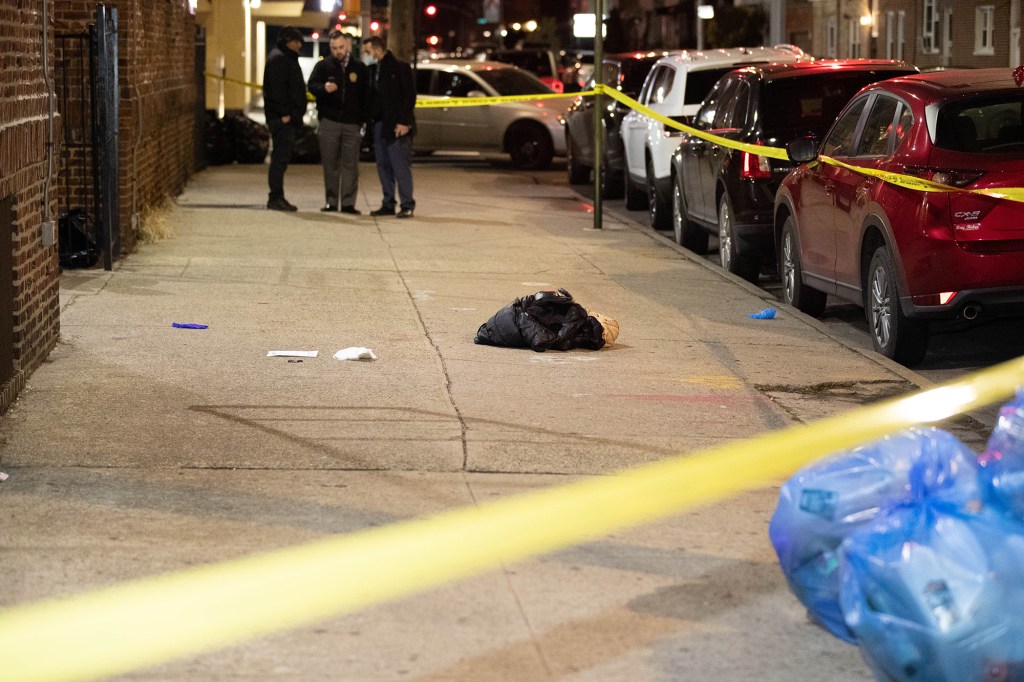 A man is clinging to life after being stabbed multiple times in the back and neck in a brutal Brooklyn attack, police said.

The 32-year-old victim was with a woman outside a building on Church Avenue near East 37th Street in East Flatbush when they were jumped around 11:20 p.m., cops said.

The suspected knifeman then followed the pair into the lobby of the building, where the bloody rampage continued.

The man was slashed several times in the back and neck and the woman — believed to be his girlfriend — was knifed in the forearm, cops said.

Both victims were taken to the Kings County Hospital Center, where the man is listed in critical condition and the woman, 30, is in stable condition.

Investigators found the suspect, Anthony Peters, 26, barricaded on the second floor of the building after following a trail of blood.

Peters was arrested and charged with second-degree attempted murder, assault, and criminal possession of a weapon, according to police.

The attack stemmed from a previous dispute between the two men, police sources told The Post.

A knife and a gun were recovered, the sources said.