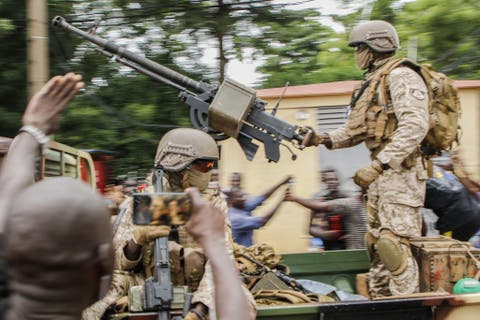 Four Malian soldiers were killed in an attack in the country’s restive central region on Wednesday, official sources said.

The attack took place near Alatona, not far from the Mauritania border, a source at the region’s security ministry said.

There was no word on the identity of the attackers.

Central Mali is often the theatre of jihadist attacks as well as intercommunal violence.

“Four soldiers were killed and two vehicles stolen. This is the provisional toll that we have received,” a regional source told AFP.

This was the fourth significant attack on the Malian security forces since the military overthrew president Ibrahim Boubacar Keita on August 18. A total of 22 have been killed.

They are just some of the hundreds of soldiers and gendarmes who have been killed since political and jihadist violence erupted in the north of the country in 2012.

Since then swathes of Mali’s territory have fallen outside of the control of central authorities and years of fighting have failed to halt an Islamist insurgency that has claimed thousands of lives in all.

The violence has also spread into neighbouring Niger and Burkina Faso despite the deployment of French forces.

France has deployed over 5,000 troops serving in its Barkhane anti-jihadist force in West Africa.

While the coup has provoked international outrage, it has received support among some in Mali, fatigued by the country’s bloodshed and economic struggle.

Ousted president Keita has been released and flew to the United Arab Emirates on Saturday for medical treatment after suffering a mini-stroke last week.