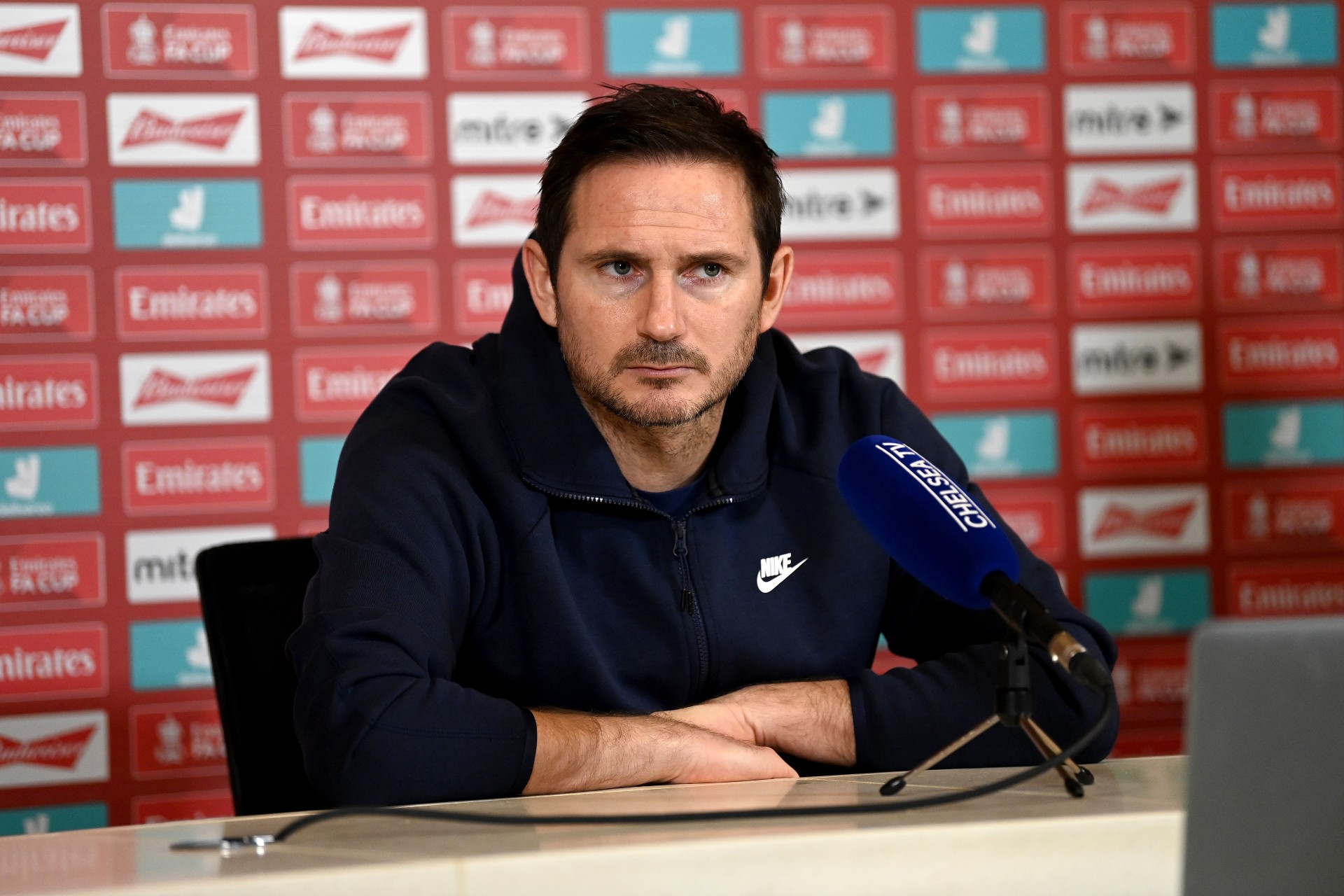 Frank Lampard is paying no attention to names being linked with replacing him at Stamford Bridge as the pressure increases on the Chelsea manager.

Since going top of the Premier League in December with a win over Leeds United, Chelsea have taken just seven points from a possible 24.

A 2-0 defeat at Leicester City made it two wins in eight league games for the Blues, who are now 11 points adrift of leaders Manchester United.

RB Leipzig boss Julian Nagelsmann is among those have been touted as potential successors to Lampard.

But asked about such speculation, Lampard told a media conference ahead of a fourth-round FA Cup tie with Luton Town: “I don’t listen to it.

“It’s only everywhere if you want to go and scroll through social media and I don’t do that.

“I’m not stupid, I know the pressure that comes with managing a top football club but I can only do my job. It doesn’t matter to me.

“The pressure is fine, you’re obviously not happy when you’re not winning games.

All eyes on Sunday 👊 pic.twitter.com/ngT6SA6bkK

“My concern is not the pressure on me because I can deal with it, I’ve been in football a long, long time as a player at top clubs so I understand how it goes and it’s different as a player.

“It’s important that the players don’t feel that [pressure]. I don’t mind taking that, the players have to feel a good pressure.

“We want to win games, they want to get some form back, we know how quickly results and form can turn in this league, we just have to direct that pressure in the right way on the pitch.”

The scrutiny on Lampard is intensified by Chelsea’s significant outlay in the transfer window prior to the 2020-21 campaign.

Kai Havertz, Timo Werner and Hakim Ziyech were the headline signings for Chelsea but all have struggled for form in recent times.

Werner has not scored in the league since November 7, while Havertz and Ziyech have each found the net just once.

Neither Havertz nor Ziyech created a chance against Leicester, the latter having replaced the former Bayer Leverkusen man in Tuesday’s dispiriting loss.

On whether some of his close-season recruits have been surprised by the intensity of the Premier League, Lampard said: “I think that some of the new lads have been quoted as saying that.

“We’ve got the most physical and fastest league in the world, it’s pretty clear to see.

“When I talk about players needing adaptation, and we’ve seen great players need time in this league to kick in, especially when they’re young because they come to this league fresh, it’s very normal.”