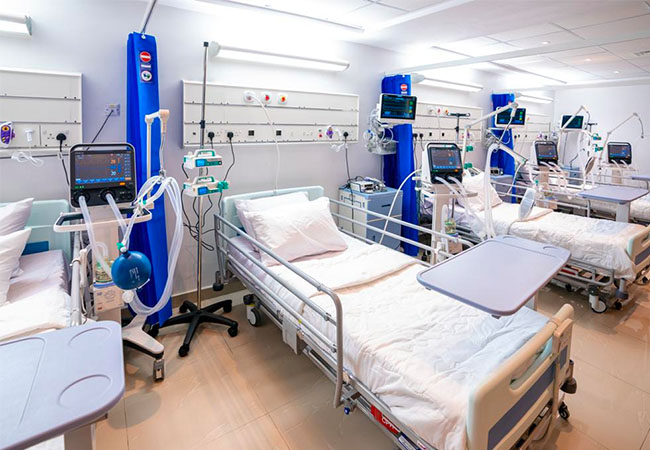 The Lagos State Government has activated an oxygen plant within the premises of the Infectious Diseases Hospital (IDH), Yaba to provide urgent support to COVID-19 patients, who require oxygen therapy.

Commissioner for Health Prof. Akin Abayomi, who activated the plant amidst the increase demand for oxygen at the isolation centre, which is occasioned by the second wave of COVID19 infection, noted that the deployment and activation of the plant was in furtherance of the commitment of the state government to deploy effective response to the pandemic.

He explained that the increased demand for oxygen to treat COVID-19 patients in the second wave of the pandemic necessitated activation of oxygen generation capacity in the state.

Noting that the oxygen plant was built in collaboration with the Bill and Melinda Gates Foundation, Abayomi explained that the oxygen from the newly installed plant will be administered to patients through cylinders made available at hospital wards.

The commissioner added that the operation of the plant will significantly make oxygen available for COVID-19 patients and supply about 300 cylinders per day and six cylinders per hour for use of patients admitted at the isolation facility.

He said: “We recognised the importance of generating oxygen because of the large number of patients who are currently on admission in our isolation centres and are largely depending on oxygen. This has resulted in an escalating and alarming demand for oxygen”.

“The oxygen plant facility could not have come at a better time than now, when the state is recording an increase in the number of people presenting with difficulty in breathing and requiring urgent oxygen therapy.”

The Nigeria Medical Association (NMA) yesterday called on the federal and state governments to establish oxygen production centers across the states to ensure the availability of oxygen in hospitals.

NMA President Prof. Innocent Ujah, who made the call at a news conference yesterday in Jos, said the need for the establishment of the oxygen centers in Nigeria could not be overemphasized to save lives and reduce fatalities.

According to him, there is a high demand for oxygen in the hospitals and non-availability of oxygen increases the risk of mortality for patients who need it.

“With the advent of COVID-19, there is a higher demand for clinical oxygen,” he said.