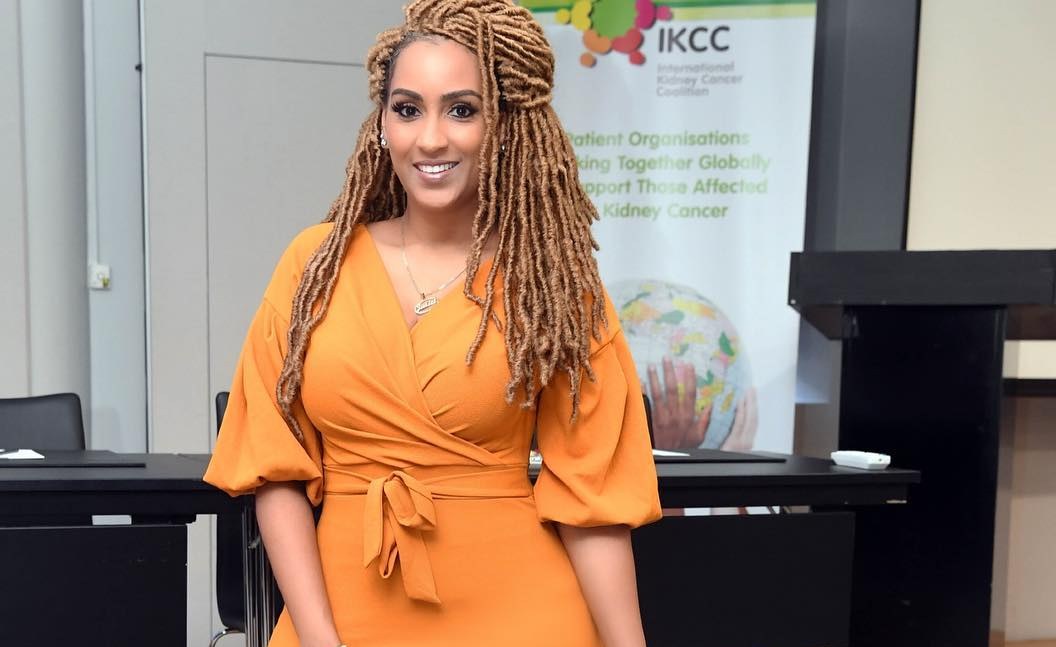 Juliet Ibrahim is one of West Africa’s sizzling and breathtakingly beautiful actresses, film producers, singers and philanthropists. An entertainer with Lebanese, Ghanaian and Liberian background. Ibrahim has been one of the most talked about actresses making waves in both Ghanaian and Nigerian films. The entrepreneur and mother of one opens up on being rape and why she rarely gets sexual advances from male colleagues.

WHAT do you have to say on rape considering the allegations rocking Nollywood directors?

Unfortunately I haven’t had such experiences in the industry. However, rape is happening and occurring in every form of work place. I commend every woman or man who’s able to speak up and overcome the stigma as well as bring these evil rapists to light. I am a rape victim so I understand what it means to carry such a burden inside of you for many years until you finally gather courage to speak up boldly about it. Most women are strong to speak up eventually but I know men who never ever get to speak up because of fear and stigmatization. The closest I came to a form of harassment was when a director asked me to look down at his pants and see his hard on. He said he was turned on by me just walking by. And I quietly walked away and made sure I never worked with him on any set again.

You are a beautiful woman; how often do you get romantic advances from your male colleagues?

I’ll say rarely. We are colleagues and when we all meet on set or at events we are focused on working and networking rather than making advances at one-another to ruin a beautiful working relationship. For me, I would rather date outside my industry.

You wrote and published a book in 2019, did you achieve your aim of publishing?

Writing my memoir, A Toast To Life was very therapeutic for me. I honestly didn’t realize how strong I was until I put together all my experiences collectively in this memoir. I’ve had experiences that would probably break the average person. But I survived. Hence, the inspiration behind my book is my life. There are so many experiences I have had and life lessons learned along the way. The book is a deeply personal narrative of my triumph over adversity faced at different stages in my life, and my journey to true self-love.

By telling my story through this medium, it is my intention to uplift readers, and remind them that despite the many challenges experienced, there truly is always light at the end of the tunnel. Readers will be delving into my world. They’ll be reading about Juliet that the screens don’t show and the media had no idea about. Readers will also use my stories and experiences in A Toast To Life to understand that they’re not alone in the world and can use their own experiences to become better instead of dealing with it alone and thinking that’s the worst thing that could happen to them. My book will motivate and inspire them in every aspect of life. It can be purchased anywhere in the world.

Since fame and fortune came your way, how has it affected your love life?

There’s no guidelines to relationships or about relationships. Being famous doesn’t affect relationships; the main thing is what happens behind closed doors. When there’s loyalty, love, respect, patience, tolerance, understanding, communication and honesty in any relationship, which are the most important factors to keeping a stable relationship, then you have no problem. Above all, a relationship that’s ordained by God will always remain stable as long as he’s involved.

If you look back to when you started, did you see yourself in this position quite early in your career?

I started acting at a very young age where I performed at talent shows in school as well as in church. I literally spent my entire childhood dreaming of becoming a superstar. I spoke elaborately on this in my book “A Toast To Life” . In 2004, I won a beauty pageant “Miss Queen of Languages” and I got called for an audition; I attended and I landed the lead role for my first movie ‘Crime to Christ’. It’s been wonderful living my dream. Not every young girl gets to live her dreams. I thank God everyday for allowing me to live mine.

After some years of acting, I had a craving to be behind the scenes. Growing up throughout West Africa, I have seen many stories unfold right before my eyes. I realized that the human experience was so diverse and rich that there is room for these stories to be on the big screen. I wanted to bring these stories to life.

So when the time was right I went right ahead and ventured into directing and producing. I have produced music videos, TV series , short films and several movies. I also get hired by musicians, independent film makers and other companies to work with them as a producer/director on their projects. My production company is Jewelz Productions.

Who inspired your decision to go into acting?

I had always wanted to be a superstar and be on TV. Watching Bollywood movies whilst a child inspired me to want to be on TV and acting.

What were your aims and visions when you decided to go into acting, would you say you have achieved them?

I have been able to use my career to impact many lives through my NGO “Juliet Ibrahim Foundation“ as well as create other avenues for myself and my brand. Apart from acting, I’m a professional compere, I run a production company, Jewelz Productions and we produce and direct films, musical videos, TV series, you name it. I’m also an entrepreneur and I have my own line of beauty products and Shades by Juliet Ibrahim. I am into several other businesses and I recently became an author of a memoir titled “ A toast to life “I am an actress, a mother of one, an entrepreneur, a producer, a singer, a director, a master of ceremony and an Author. I’m bilingual, I speak fluent English and French. I started acting at a very young age where I performed at talent shows in school and in church. I was also singing at those talent shows and in the choir. Then, In 2004 I won a beauty pageant and I got called for an audition; Where I landed the lead role. The rest they say is history.

Share some of your memorable moments in the movie industry since you began.

Every moment on a movie set is a memorable one for me! It’s from the experiences; working with a new crew, new director, new colleagues , the behind the scenes that makes it all unique and memorable.

What would you refer to as your winning power having been able to remain relevant in the last decade?

The film industry has equal sexes on the forefront. My experience as a female actor and filmmaker in Nollywood has been quite a ride. as a woman one has to always try to be a step ahead of her peers and thrive to get through

Carving a niche for my brand and consistency has been what’s kept me at the top of my game. This is super important as it is; on those sets where relationships are made that will sustain your career.

Which directors do you wish to work with?

My dream is to work with Tyler Perry, Adam Sandler , Kunle Afolayon, and Shirley Frimpong Manso

COVID-19 had disrupted a lot of plans for entertainers, what were your plans before the  pandemic?

I launched my cosmetics and beauty brand ‘Shades by Juliet Ibrahim’ and it’s selling on Amazon and Jumia, this means it can be shipped all over the world. I had recently announced my beauty pageant called Miss International Africa Pageant which is a platform to groom young ladies to become a force to reckon with in society so we had the Grand Finale date set for 21st March unfortunately it was affected due to COVID-19 social distancing.

I am also still working on the release of a major project and I can’t wait to share it with the world. In this project I have decided to tell it all concerning my love life, family, career and so on.  I used the pandemic lockdown to set up my Youtube channel and create more great ideas. You can expect Lots of more exciting new projects. All of these infos are available on my websites.

What are your plans moving forward?

Is the pandemic over? I had no such idea! I feel that’s quite misleading of you to say please. It is NOT over until the World health Organization says it is. Let’s all remain vigilant and practice the necessary hygienic methods set in place by our leaders and WHO to protect ourselves and our families during this pandemic. Yes, places are opening up once again, but sadly; COVID-19 has come to stay! The earlier we realize that, the better for us as a people to remain alert and prudent. Remember health is wealth.