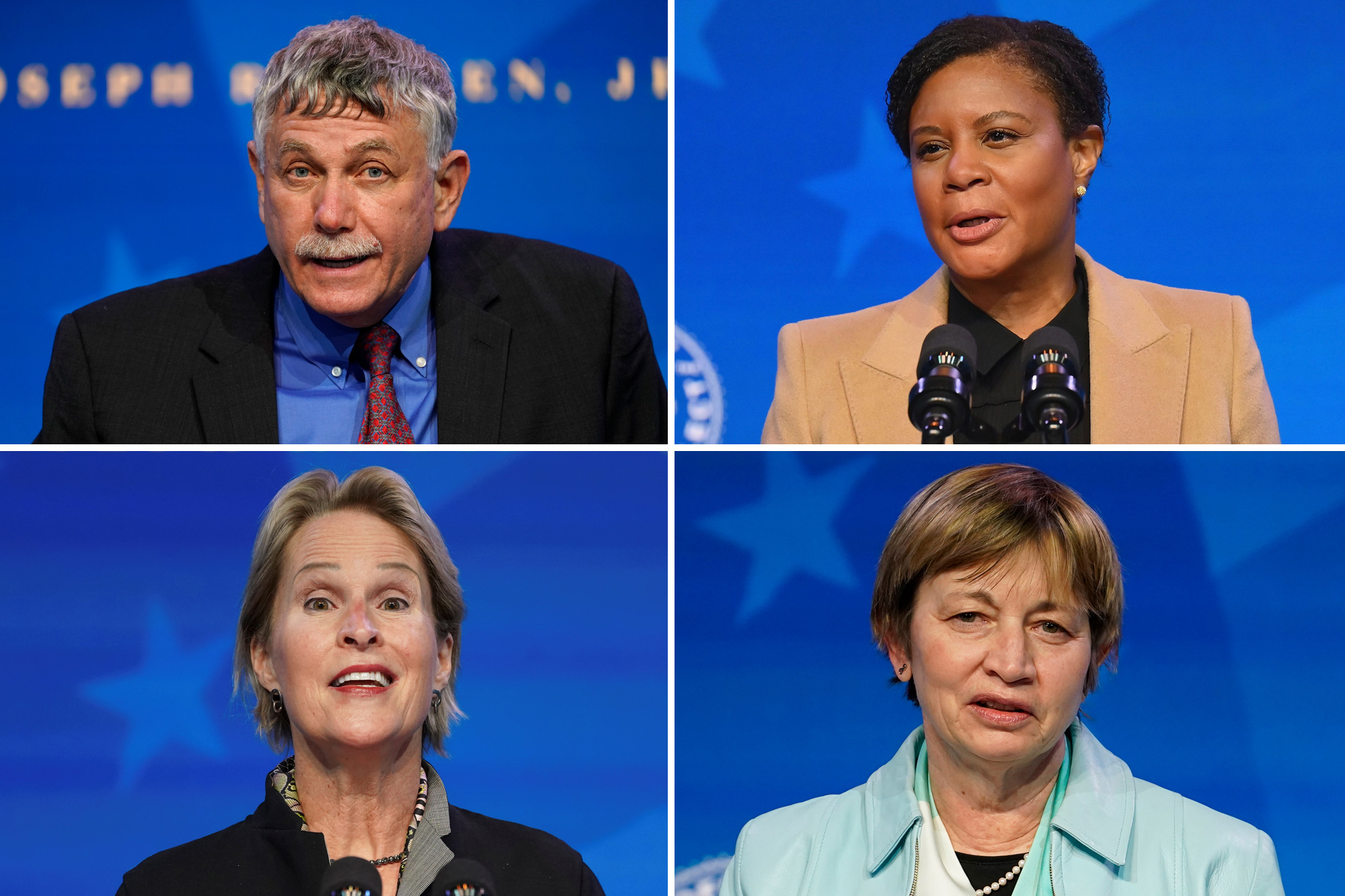 President-elect Joe Biden introduced four of his top science advisers Saturday and his transition office announced nominees — many of them familiar faces from the Obama Administration — to deputy positions in the State Department.

“In a way … this is the most exciting announcement that I’ve gotten to make of the entire Cabinet,” Biden said as he presented the “four brilliant scientists” he chose to lead the White House’s Office of Science and Technology Policy (OSTP) and the President’s Council of Advisors on Science and Technology.

“They’re the ones asking the most American of questions: what next?” Biden said.

Biden named Eric Lander, a biomedical researcher and former Obama adviser who led the Human Genome Project, as the new director of the OSTP.

Also introduced were Frances Arnold, a chemistry researcher and board member of Google’s parent company, Alphabet; Alondra Nelson, who studies social inequality in science, and Maria Zuber, a Massachusetts Institute of Technology prof.

The Biden-Harris Transition office announced that Ambassadors Victoria Nuland and Wendy Sherman, career Foreign Service hands, will take deputy roles at the State Department — Sherman as Deputy Secretary of State, the department’s No. 2 position, and Nuland as Under Secretary for Political Affairs.

Nuland, a State Department spokesperson in 2012, was later investigated by Congress for her role in composing the talking points that Susan Rice and other Obama Administration used to deny terrorist involvement in the Benghazi attack that killed four Americans — a topic that Republicans are sure to bring up in her upcoming confirmation hearing.

While the president-elect has named all 15 of his nominees for cabinet positions, there’s a long way to go before he can get his administration fully staffed. A new president has approximately 4,000 positions to fill, the Center for Presidential Transitions estimates — with more than 1,000 of them requiring Senate approval.