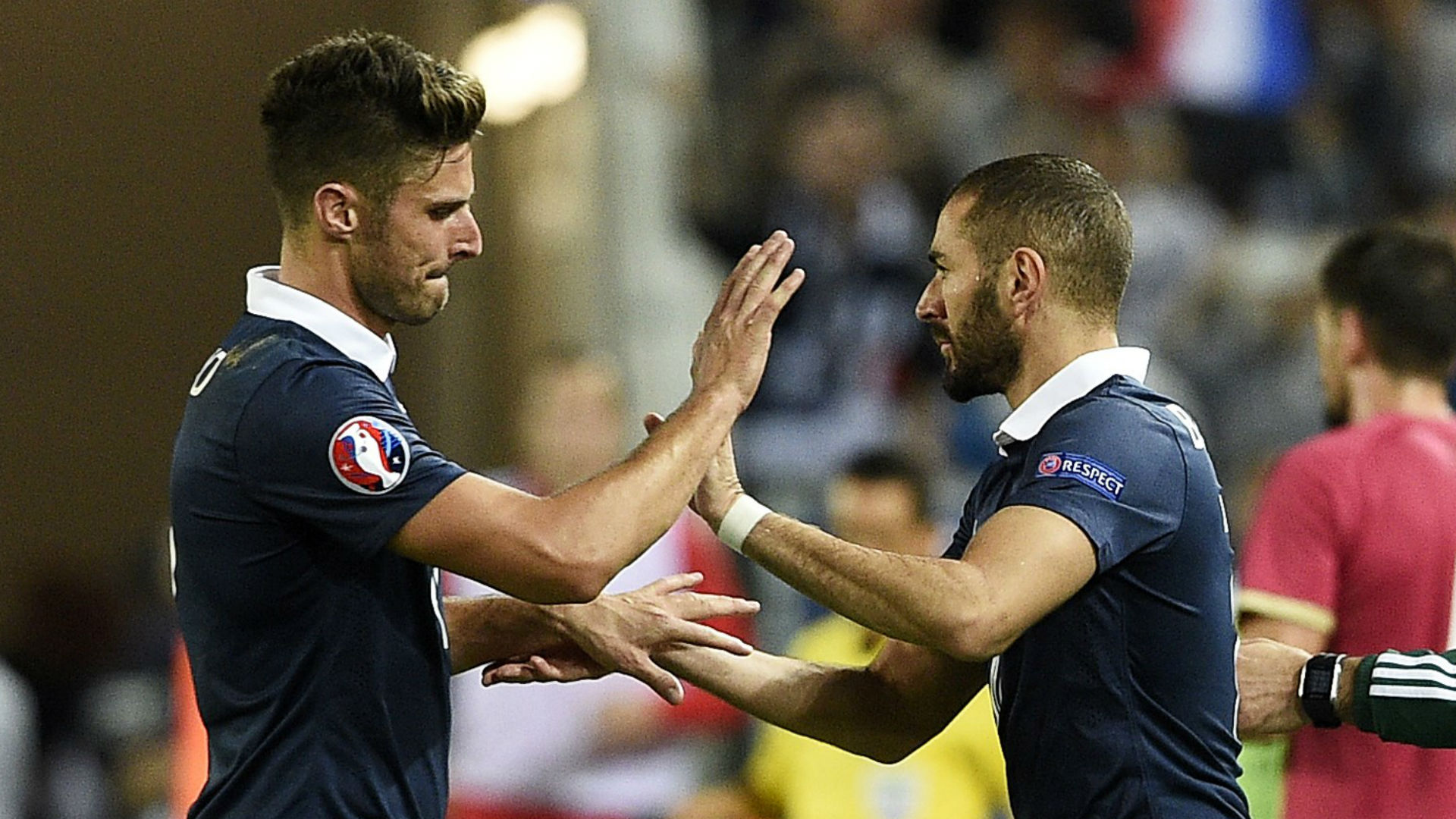 Karim Benzema’s ongoing exile from the France team is “a shame” and “kind of a mess”, but Olivier Giroud insists he has nothing but respect for his fellow striker.

Real Madrid forward Benzema has not played for Les Bleus since 2015 having been kept out of the set-up due to his alleged involvement in a plot to blackmail Mathieu Valbuena.

Giroud has established himself as a key part of France’s attack in his absence and is set to earn his 100th cap in a friendly against Ukraine on Wednesday.

Since being dropped, Benzema has been heavily critical of Giroud’s presence up front for Les Bleus. Asked to rate the Chelsea striker on social media last April, Benzema said: “You don’t confuse F1 with go-karting … and I know I’m F1.”

But Giroud insists he has no issue with the former Lyon star, who he regrets has been consigned to the international wilderness for so long.

“Me, I never had a dispute with him, history wanted us to be opposed. I’ve always had a good understanding with him, a lot of mutual respect … at least from me towards him.

“I think it’s a shame everything that has happened, it’s kind of a mess, but now we have to move on. The English envy us a lot over this young generation which is growing up.”

Giroud was part of the France squad that won the World Cup in 2018 and feels he has proved he merits his place in the team, with a “supposed rivalry” with Benzema manufactured in the media.

“At the time, when I was unfairly criticised because of Karim’s absence, it hurt me,” said Giroud, who has made just one substitute appearance in the Premier League for Chelsea so far this season.

“I continued to prove that I deserved my place and that this supposed rivalry with Karim was created from scratch by some people.

“I had nothing to do with it, we just play the same position. It happened but I reacted well to these difficulties.”