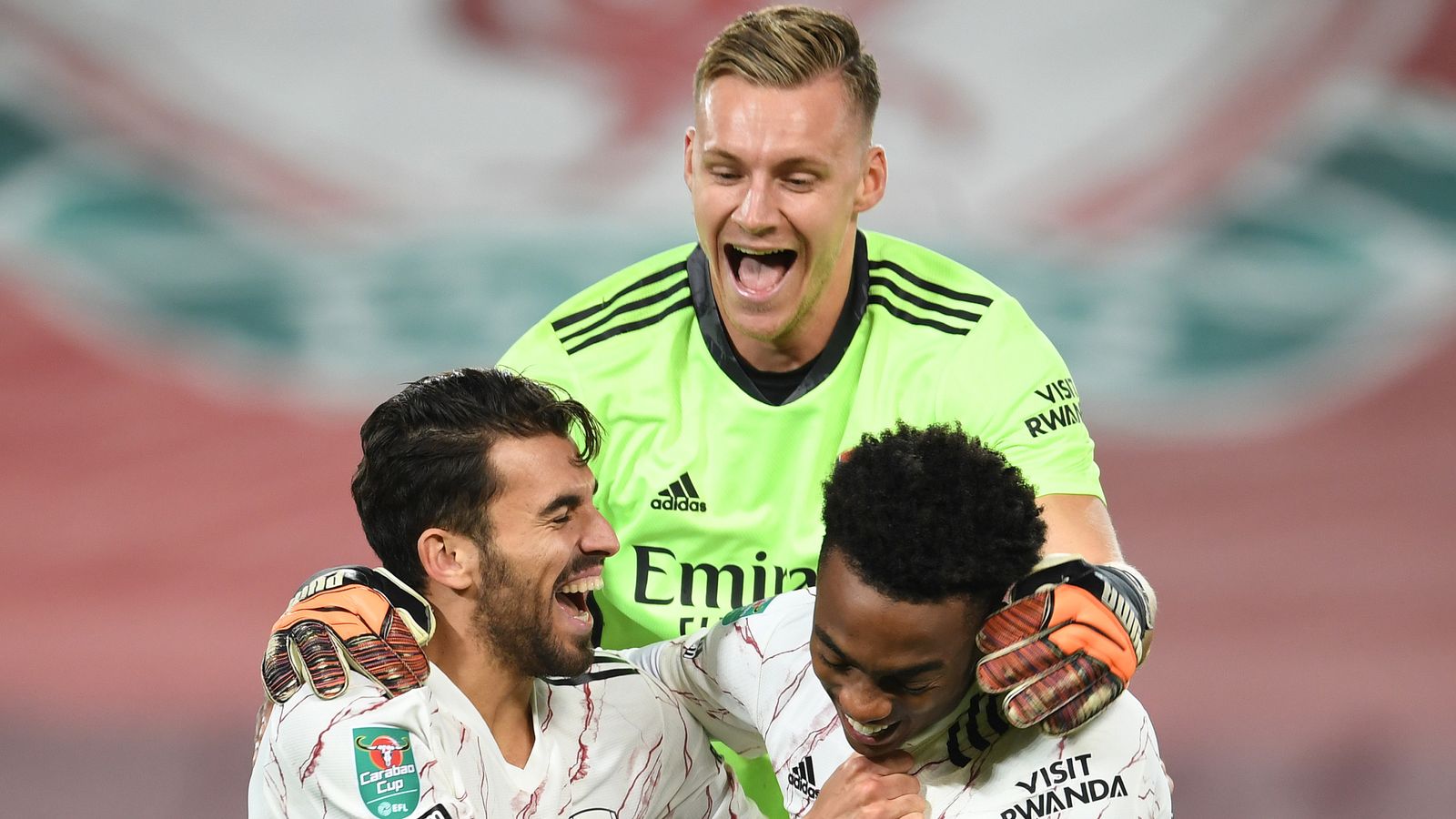 Bernd Leno hit back at his critics after his penalty heroics against Liverpool, insisting he has conclusively proved that he is Arsenal’s No.1.

Liverpool hosted Arsenal for the second time in the space of five days on Thursday in a Round of 16 Carabao Cup encounter.

The Reds comfortably beat the Gunners 3-1 in their Premier League clash at the weekend, but Jurgen Klopp and Mikel Arteta both rang the changes at Anfield second time around.

In a game of few chances, Diogo Jota squandered the best opening of the match when he darted into the box in the second half and fired towards goal, only for Leno to parry the ball away with a strong right hand.

The German also produced superb saves to keep out Virgil van Dijk and Marko Grujic, with Nicolas Pepe wasting Arsenal’s clearest opening when he lashed a half-volley wide late on.

Penalties were ultimately needed to decide the contest, and Joe Willock netted the decisive spot-kick as Arsenal eventually triumphed 5-4 to progress to the quarter-finals.

Leno saved Harry Wilson’s effort from 12 yards prior to Willock’s effort which gave the Gunners the upper hand, capping a superb all-round performance.

The 28-year-old had been replaced by Emiliano Martinez between the sticks after suffering a serious injury post-lockdown, and the Argentine became a firm favourite among supporters during Arsenal’s run to FA Cup glory.

However, Arteta decided to restore Leno to his lineup upon his return to full fitness at the start of the new season, and Martinez was sold to Aston Villa on September 16.

Arsenal’s decision to get rid of Martinez was called into question after Leno’s shaky display against Liverpool on Sunday, but he claims to have never had any doubts over his position.

“It was a very tough game. We made a few changes, you could see our philosophy and intention to win this game,” the Gunners shot-stopper told Sky Sports post-match.

“This is a chance to win another trophy, that is our target. Of course, it is good for a goalkeeper to make some penalty saves and see some laughing faces after the end. I’d prefer to win the game without penalties. The main thing is we won the game.

“It is not easy to come to the same place with a big disappointment from Monday. We analysed the game and the manager found the right words to lift us.