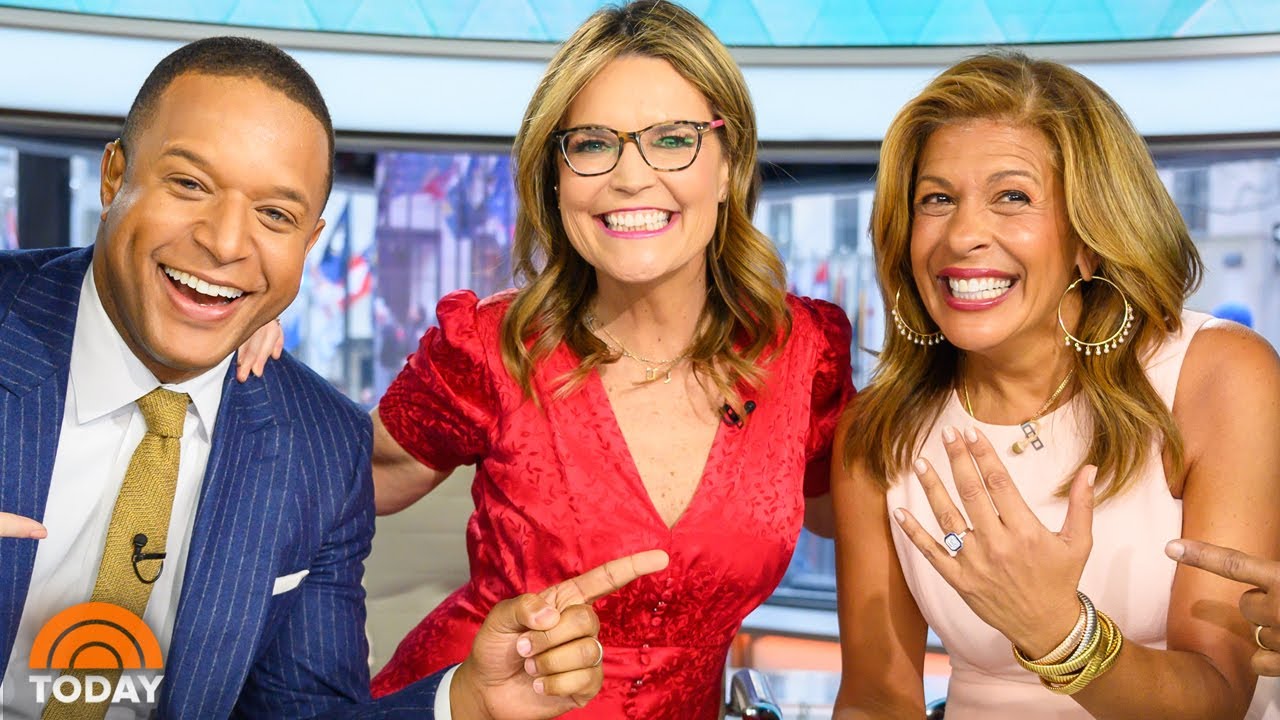 Hoda Kotb shared some news about her upcoming wedding to fiancé Joel Schiffman. TheToday show co-host was asked if she had chosen her maid of honor for her nuptials during Thursday’s show.

“Yes, I would have a maid of honor. It will be Hala, my sister,” Kotb, who was forced to postpone her wedding amid the coronavirus pandemic, shared.

The journalist also touched on having to put her nuptials on pause, saying, “You know what’s weird is you plan something and you had it all in stone and then everything got uprooted. And now we’re planning it again and there’s something weird. We’re like ‘We’re doing it. Should we just do it this summer? Should we wait?’ We don’t know.”

Kotb and Schiffman were originally set to tie the knot and have a destination wedding in November 2020. In August, she told ET about how much of a “bummer” it was to postpone their special day.

Hoda Kotb Was ‘Totally Shocked’ By Proposal from Joel Schiffman

“We did have to officially postpone it, which was a super bummer, because it was going to involve people getting on planes,” Kotb expressed. “We haven’t picked our new date. We’re just waiting to see what is what with everything.”

“And, look, it’s just like the show. I don’t care where we do it, as long as we do it,” she continued. “I want our friends and family to be there, obviously, but the location is kinda secondary.”

In February, however, she said they would be waiting a bit longer as they didn’t know when they could travel.

“We can’t fly anywhere, what are we supposed to do? It was supposed to be last November,” the mother-of-two said. “Maybe this November coming up. That’s it. Put it on the calendar.”

In the meantime, Kotb previously opened up to ET about adopting another baby. She is already a mom to daughters Haley and Hope, whom she adopted in 2017 and 2019, respectively. She said she and Schiffman have definitely discussed adopting another child together, and have already filled out the paperwork.

“You know what, Joel and I have had this conversation because — you feel like you get a limited of time on earth and your heart expands, and sometimes you don’t realize your heart’s ability to expand until you’ve filled [it] and sometimes you think you’re at the top, and then you realize that there’s more room,” she said back in October. “And we wondered, you know, would our family be better with another child? Do we have enough love, do we have enough time, you know, will we be a better family unit? And the answer to all those questions seems to be ‘yes, we would be.'”