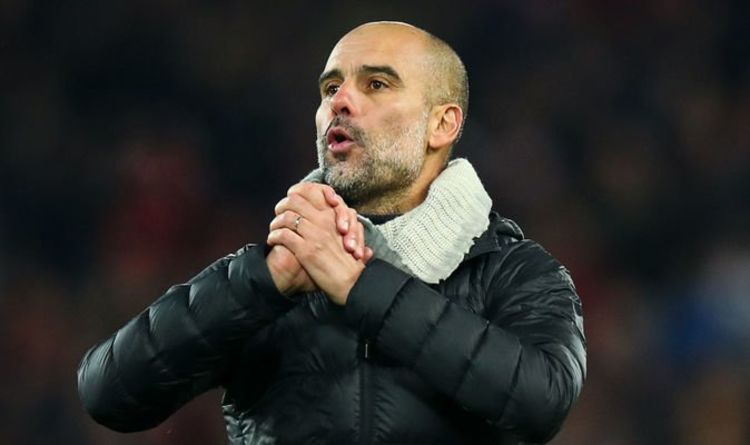 Josep Maria Orobitg has ruled out a second spell at Camp Nou for the Catalan coach, with his focus locked on events at the Etihad Stadium

Pep Guardiola “will stay at Manchester City 100 per cent”, according to his agent Josep Maria Orobitg, with a return to Barcelona for the Catalan considered “impossible” at this stage.

The uncertainty which currently exists at Camp Nou has led to a number of candidates being linked with the high-profile coaching post.

A disastrous end to the 2019-20 campaign has made Quique Setien’s position untenable, with a man only appointed in January set to see a brief stint in the Blaugrana dugout brought to a close.

Barca need to get their next coaching call right, having seen the Liga crown ripped from their grasp by arch-rivals Real Madrid and a humiliating 8-2 defeat suffered at the hands of Bayern Munich in the Champions League quarter-finals.

Serious questions are also being asked of Lionel Messi’s future in Catalunya, while a number of supposed superstar performers are now said to be available in the summer transfer market.

It has been suggested that a SOS call could be put out to Guardiola, with the 49-year-old having previously spent four memorable seasons at the Barca helm at the height of their tiki taka-inspired success.

A former fan favourite from his playing days did, however, take the decision to walk away in 2012 and has since spent time with Bayern Munich and Manchester City.

He is under contract with the latter until 2021, with fresh terms in the pipeline, and Orobitg says there is no chance of Guardiola returning to his roots any time soon.

Orobitg when on to say that it is “currently impossible” for a return to Barcelona to be considered by his client.

Questions have been asked of Guardiola’s long-term presence at City in the wake of his own European failure in 2019-20 – with City having been dumped out of the Champions League by Lyon at the quarter-final stage.

Funds have, however, already been invested in the likes of Ferran Torres and Nathan Ake, with the promise of more fresh faces to come, and the current coaching team will remain in place at the Etihad.

That will force Barca to turn their attention elsewhere once a successor to Setien is sought, with the likes of Mauricio Pochettino and Ronald Koeman being mooted as leading contenders to take the reins.