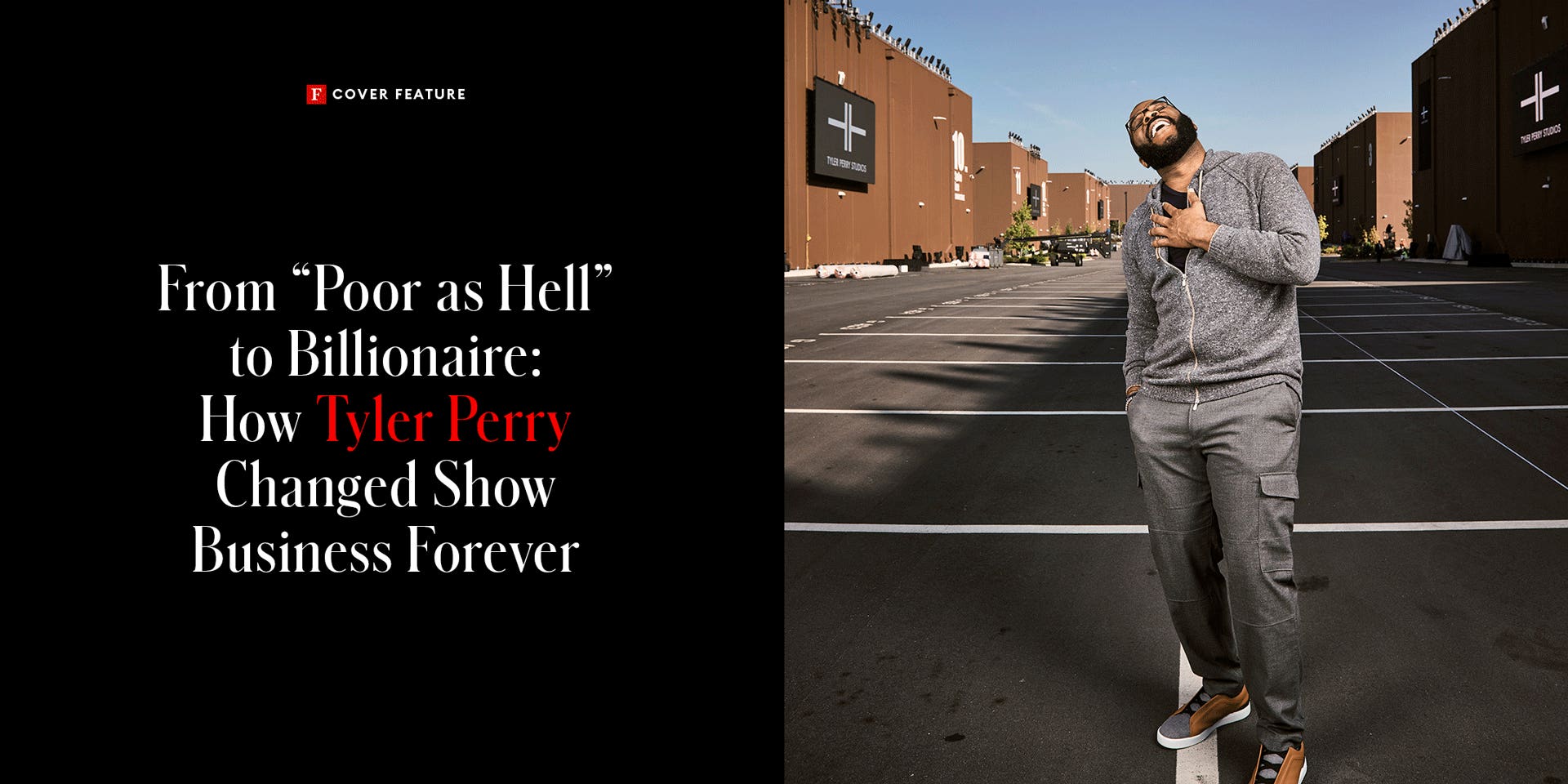 Damn, it’s hot out here,”  Tyler Perry,says who isn’t making it easy on himself, clad in all black but for the shock of a white mask, as he directs a 12-person crew through a scene for the BET comedy Sistas. Last year, Perry might have avoided shooting in Atlanta’s July sun, but in this coronavirus era, you take any window you can, and “Camp Quarantine” at his Tyler Perry Studios is trying to pioneer post-pandemic entertainment making.

“Get out of the car,” he calls out to an actor in a cop car who walks over to a silver pickup driven by show regular Devale Ellis. Then he feeds Ellis his line—“What’d I do?” No one seems to have seen the script. When you’re looking to get an entire season of primetime television in the can in 11 days—all before the rest of Hollywood has made it out of hiding—corners must be cut.

Away from the shoot, sitting alone on a metal folding chair in the center of a cavernous and empty soundstage, a container of Lysol wipes at his feet, Perry explains his method. “I mostly go on my gut and my instinct. I like to challenge the system and see what I can do differently.”

That’s an especially winning strategy in a system that feels stacked against you. Mostly dismissed by the Hollywood establishment and even some other Black luminaries (Spike Lee once derided Perry’s crass slapstick approach as “coonery buffoonery” before later relenting), Perry has succeeded for two reasons: He has honed a product that too many others viewed as destined for the discount bin. And he made sure to control it all.

The 51-year-old entertainer owns the entirety of his creative output, including more than 1,200 episodes of television, 22 feature films and at least two dozen stage plays, as well as a 330-acre studio lot at the edge of Atlanta’s southern limits. He used that control to leverage a deal with ViacomCBS that pays him $150 million a year for new content and gives him an equity stake in BET+, the streaming service it debuted last September. Forbes estimates Perry has earned more than $1.4 billion in pretax income since 2005, which he used to buy homes in Atlanta, New York, Los Angeles and Jackson Hole, Wyoming, as well as two planes. Quite a lifestyle for a once-homeless playwright raised in poverty in New Orleans. Today, Forbes estimates his net worth at $1 billion, with a clear path to future membership in The Forbes 400.

“I love when people say you come from ‘humble beginnings,’ ” he says. “[It] means you were poor as hell.” It also makes success sweeter. “Ownership,” he adds, “changes everything.”

Actor Junior Pope Odonwodo accuses his domestic help of strangling his dog, amongst other things