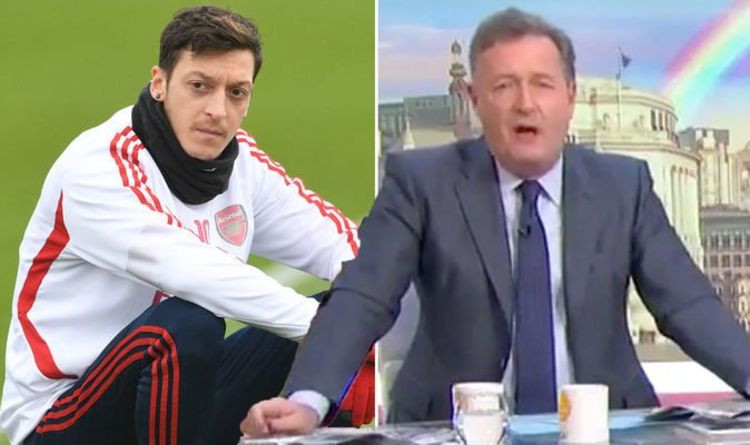 Morgan who been one of Ozil’s biggest critics during the latter days of his eight-year spell in north London, has continously described him as  ‘massively overpaid, massively under-performing & ‘having a shockingly overinflated sense of his own importance.’

Despite his move to Fenerbahce, Ozil hasn’t forgotten about the Good Morning Britain co-presenter and took a swipe at him on Twitter. The former Germany international tweeted a picture of himself with ‘Poop on Piers’ toilet paper, saying he took it from London to Istanbul to ‘remind him of Morgan.’

“Piers, I took this with me from London to Istanbul to remind me of you! Although you probably knew that already before…” 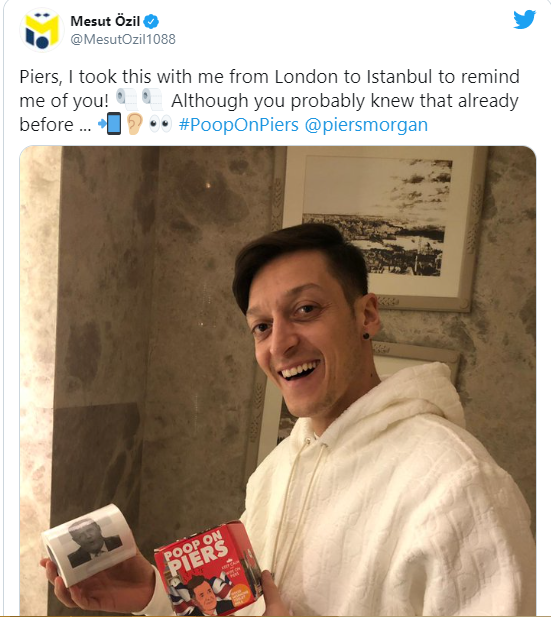 Morgan wasted no time in responding to Ozil and told the former Real Madrid star he is “full of cr*p.” 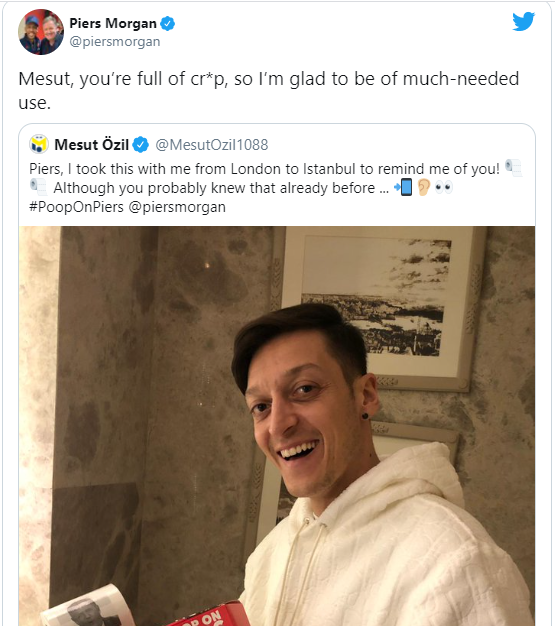 During his time at Arsenal, Ozil made 184 appearances and had a hand in 87 goals. He scored 33 times and contributed 54 assists.

Despite his obvious class he has found game time limited over the last few season due to a series of on-and-off the field problems. His move to Fenerbahce has not been without controversy either, with his new club aiming to fund the move via a crowdfunding campaign.