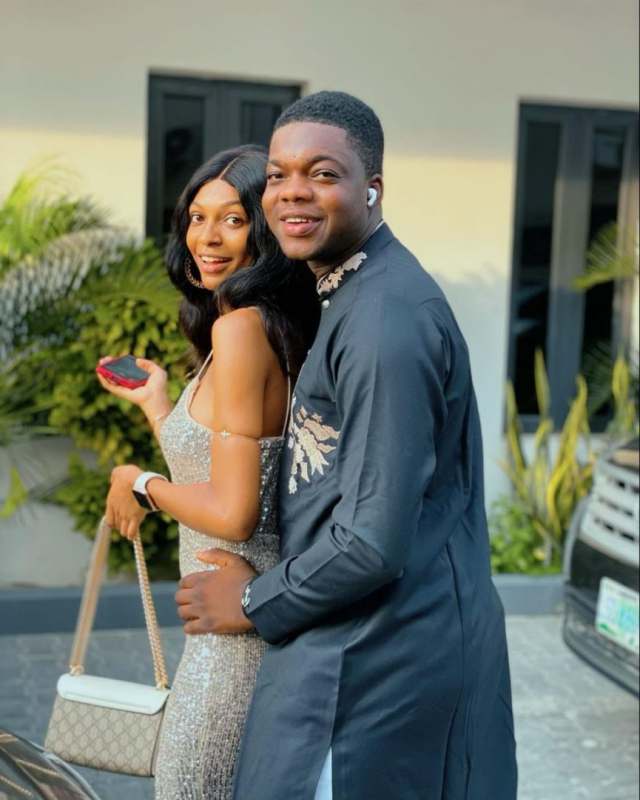 It would be recalled that Cute Abiola proposed to Adeherself some months ago and they captured the heart of fans with some romantic pictures on their social media platforms.

However, things took a dramatic turn when video of Cute Abiola engagement with his lover surfaced on social media.

With some fans wondering how it happened, Adeherself has spoken for the first time, stating that she never dated the comedian.

According to Adeherself, the relationship that existed between her and Cute Abiola was sister and brother. She noted that the good friendship will continue after his wedding. 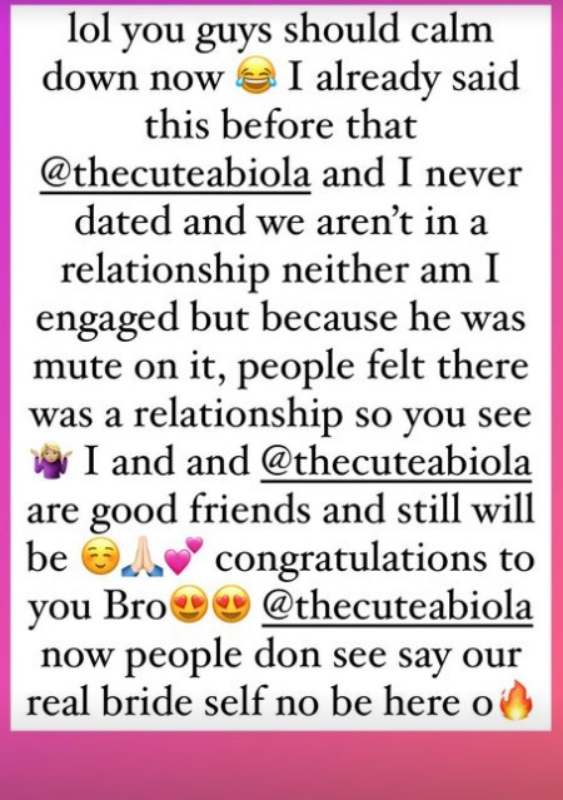