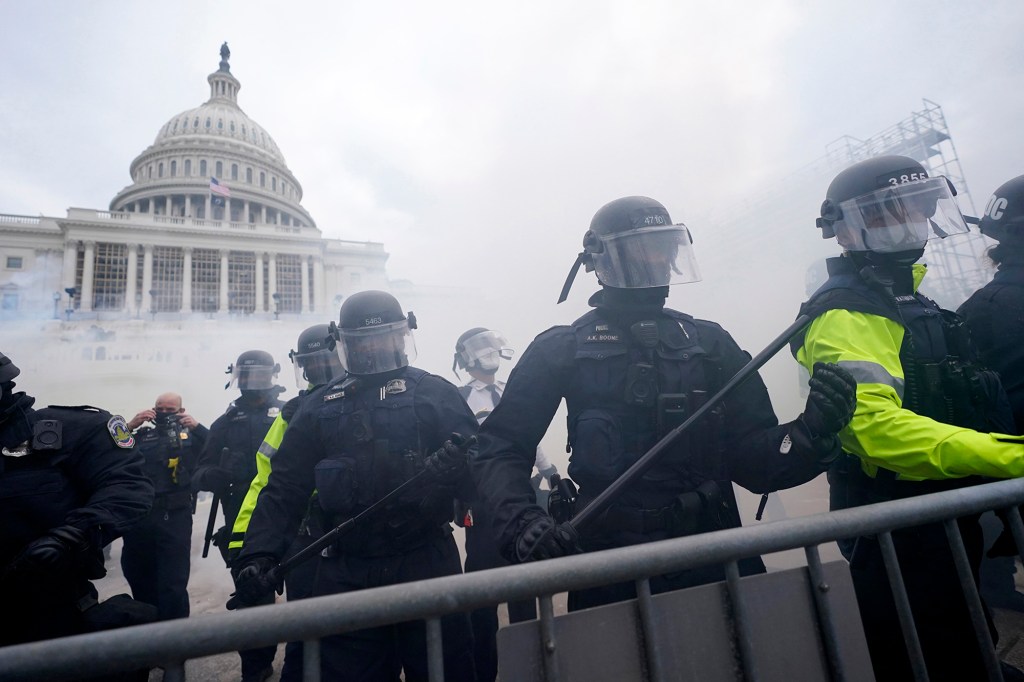 A US Capitol Police officer has died from injuries suffered while reportedly being struck in the head with a fire extinguisher during Wednesday’s riots.

Brian D. Sicknick collapsed when he returned to his division office on Wednesday and was taken to the hospital, where he died on Thursday, according to Thursday night USCP news release.

The department said Sicknick was injured “while physically engaging with protesters.”

Two sources told The New York Times that the officer had been struck with a fire extinguisher.

Sicknick joined the Capitol Police in July 2008, the department said.

“The entire USCP Department expresses its deepest sympathies to Officer Sicknick’s family and friends on their loss, and mourns the loss of a friend and colleague,” the department said.

Four other people were fatally injured in the mayhem in Washington, D.C., where masses of Trump supporters easily overtook police to gain entry into the Capitol building.

Responding to the officer’s injury, Minnesota Rep. Dean Phillips wrote on Twitter, “My heart goes out to the family of the officer and to all who risk their lives every day to protect and serve our communities with dignity and principle.” 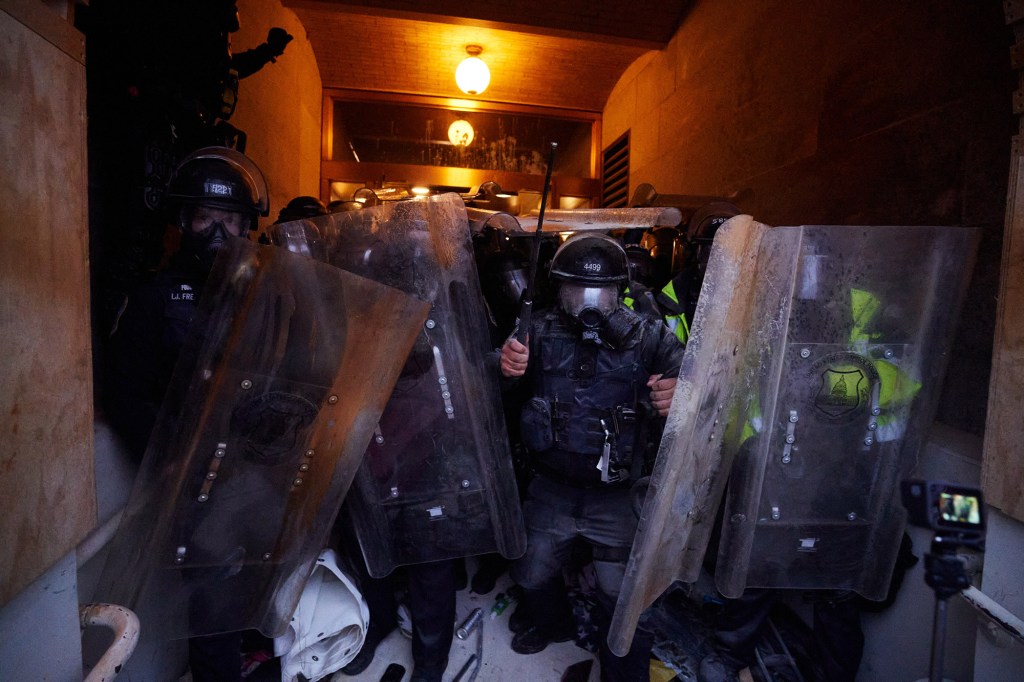 Over 50 officers with Capitol Police and the Metropolitan Police Department were injured Wednesday, authorities said.

The chaos inside the halls of the historic legislative building led to the death of Ashli Babbitt, an Air Force vet who was fatally shot by Capitol Police.

Three other people died of medical injuries during Wednesday’s unrest.

They were identified Thursday by police and media reports as Kevin Greeson, 55, of Alabama, 50-year-old Benjamin Phillips of Pennsylvania, and 34-year-old Georgia resident Rosanne Boyland.

News of the officer’s death came as chief of the Capitol Police, Steven Sund, announced his resignation.

Sund will step down on Jan. 16, according to a report by NBC News.

Capitol police came under fire after they appeared unprepared by Wednesday’s unruly mob.

Footage from the scene shows police standing back and allowing demonstrators to march through metal barricades and toward the Capitol.