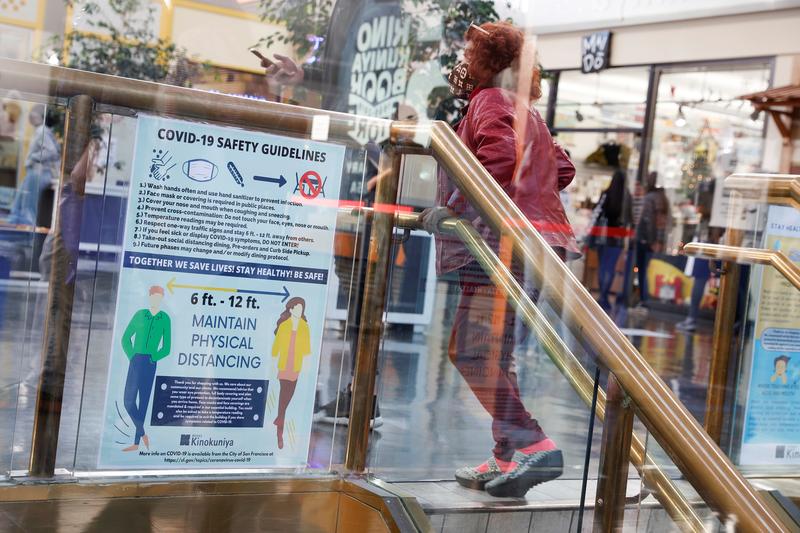 California compelled much of the state to close shop and stay home on Monday and New York ordered hospitals to increase bed capacity by 25 percent, as the United States braced for yet another coronavirus surge during the upcoming holidays.

California Governor Gavin Newsom’s order came into effect one day after the state set a record with more than 30,000 new COVID-19 cases, triggered in areas of Southern California where fewer than 15% of intensive care hospital beds remain available.

In addition, five counties in Northern California surrounding the San Francisco Bay Area have voluntarily imposed the restrictions even before reaching the intensive care unit threshold. Combined, the areas cover about three-quarters of the state’s nearly 40 million people.

“Given how out of control the virus is at this point, we are having to dial up some of those restrictions again,” Gounder told CBS News. “Ideally, we should be more proactive than this.”

In reporting more than 30,000 new cases on Sunday, the state exceeded its previous high of 21,986 set on Dec. 4, and notched a record high for hospitalized COVID-19 patients as well.

Nationwide, COVID-19 infections in United States are at their peak with an average of 193,863 new cases reported each day over the past week, according to a Reuters tally of official data.

There have been 14.7 million confirmed infections and 282,253 coronavirus-related deaths reported in the country since the pandemic began, the most in the world.

California has been under a stay-at-home order for all but essential services since March. The new order, which will last at least three weeks, bans private gatherings of any size, shuts all but critical infrastructure and retail operations, and requires everyone to wear a mask and maintain physical distancing

But the sheriffs of Los Angeles, Orange and Riverside counties have said they will refuse to enforce the order.

Riverside County Sheriff Chad Bianco said in a videotaped message that his office “will not be blackmailed” into enforcing the governor’s orders, and Orange County Sheriff Don Barnes said in a statement his deputies would not respond to calls to enforce violations of the mask mandate, stay-at-home orders or the ban on social gatherings.

To avoid a critical shortage of hospital beds, New York state health officials will order hospitals to increase their capacity by 25% and ask retired doctors and nurses to come back to work, Governor Andrew Cuomo said on Monday.

If the hospitalization rate fails to stabilize over the next five days, indoor dining in New York City will be halted, Cuomo said.

Dr. Anthony Fauci, tapped by Biden to be his chief medical adviser on the coronavirus, warned the nationwide surge could get worse after the year-end holiday season.

After millions ignored expert advice and traveled for the Thanksgiving holiday in November, Fauci anticipated Americans would once again behave recklessly during Christmas and New Year’s Eve festivities.

Spikes in the death toll typically appear about three weeks after surges in infections and hospitalizations.

“Mid-January is probably going to be a bad time,” said Fauci, appearing with Cuomo in his video news conference.

Biden, a Democrat, has said he will make the pandemic his top priority upon taking over for departing President Donald Trump, a Republican, on Jan. 20.

The aim of the meeting was “to be very transparent and show the world how comprehensively we have planned out every aspect of this distribution,” Azar said.