Another building has partially collapsed in the Ikotun area of Lagos State.

The one-storey building was said to house nine shops and 15 rooms. Fortunately, there were no lives lost or injuries recorded.

According to the Director-General of the Lagos State Emergency Management Agency (LASEMA), Dr Damilola Oke-Osanyintolu, the building was found to be conspicuously distressed as many cracks were observed on the walls, pillars and decking.

He said all the occupants have been evacuated while the building has been cordoned off. 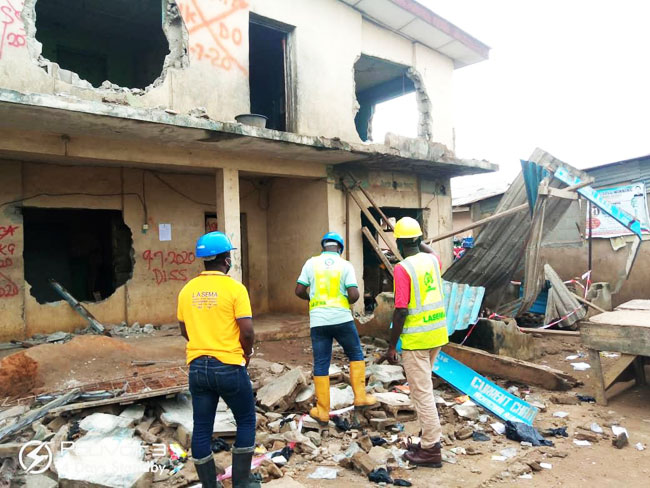 This comes shortly after three persons died after another building collapsed on Lagos Island.

The LASEMA DG confirmed the tragic incident to Channels Television.

The three-story building collapsed in the early hours of Saturday while the occupants were asleep.

Oke-Osanyintolu noted that the remains of the deceased have been transported to the mortuary, while the nine others who sustained injuries were being administered pre-hospital care by the agency. 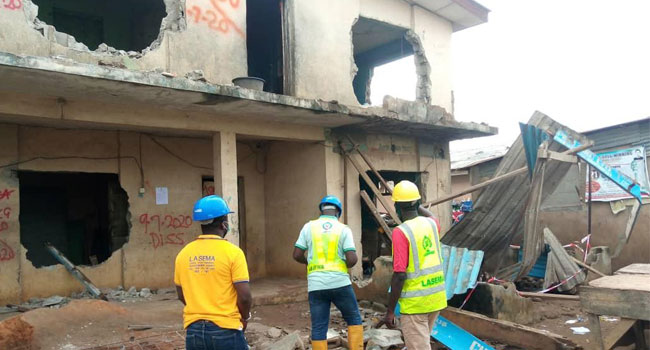