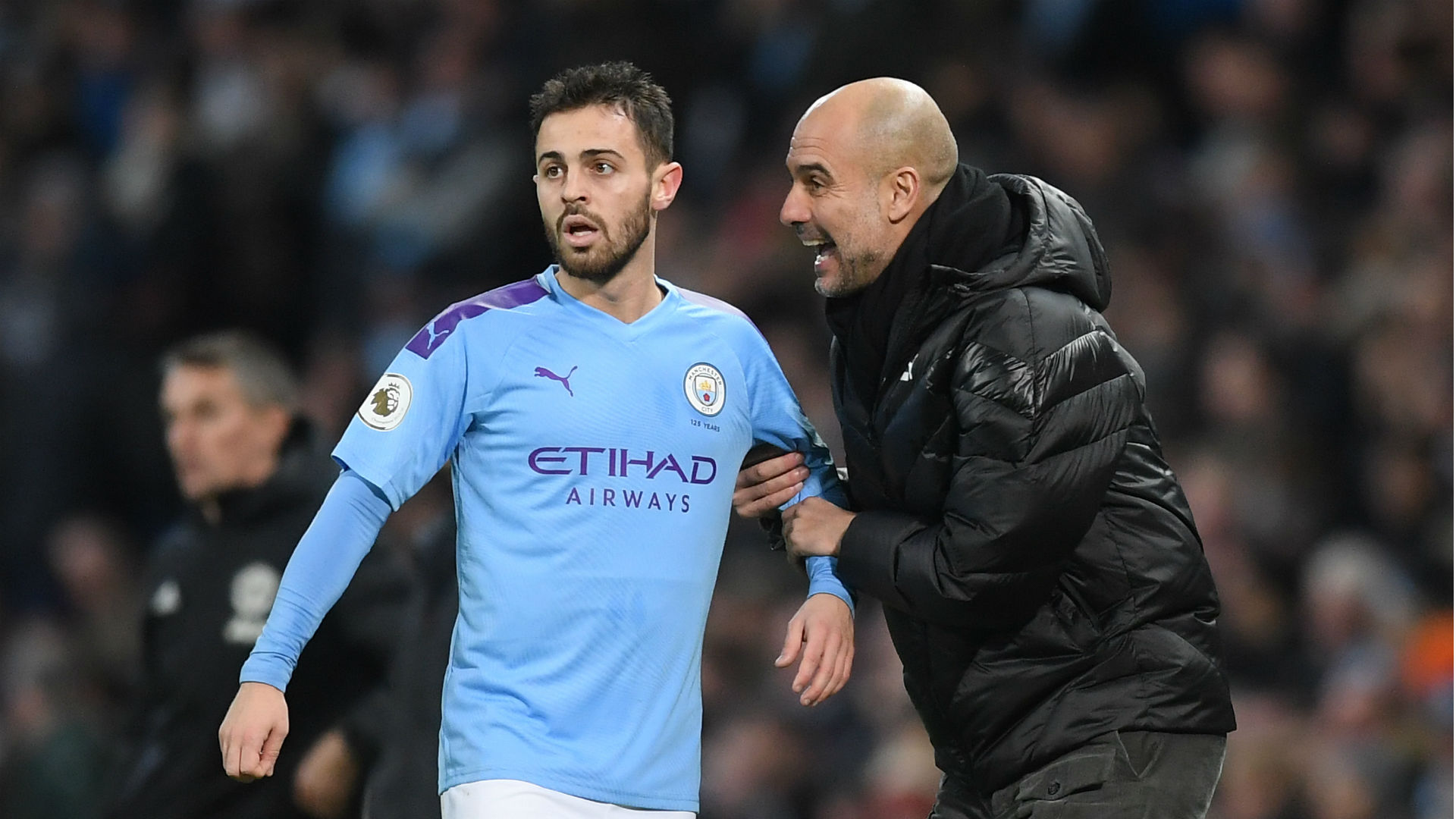 The Portugal international has been limited to 20 starts in the Premier League this term but the coach insists he is still special
Pep Guardiola says Bernardo Silva is one of the most special footballers he has ever coached despite the midfielder’s dip in form this season – something for which the Manchester City boss takes his share of responsibility.

Silva was voted City’s player of the season as he and his team-mates swept to a domestic treble in 2018-19, but his performances this time around have been indicative of a general malaise, with Liverpool storming clear of their rivals to claim the Premier League title.

The Portugal international has featured infrequently in the right-sided attacking midfield position he occupied for a chunk of last term, with Kevin De Bruyne back to full fitness and in prime form.

Similarly adept on the right-hand side of attack, Silva has found his path blocked by Riyad Mahrez and, more recently, Phil Foden.

The previous campaign concluded with the former Monaco man being named player of the tournament as Portugal claimed the inaugural Nations League title, and fatigue has not been difficult to spot in his work at times.

A Football Association ban for tweeting a racially insensitive cartoon to team-mate Benjamin Mendy placed Silva in hot water off the field and, speaking ahead of Saturday’s trip to Brighton and Hove Albion, Guardiola conceded a downturn from the playmaker has been obvious.

“That’s true maybe he didn’t play as much as last season,” he said.

“This season, maybe it was my fault or maybe Phil was more involved and Riyad maintained his level and the other players played good too.

“They know the competition they have with each other, but my admiration, respect, especially my opinion about him, nothing has changed.

“He’s a special player for me. One of the most special players I had in my career as a manager, the relationship I have with him.”

Guardiola is particularly impressed by Silva’s acceptance of his situation – a stark contrast to when his manager said the City team last season was “Bernardo plus 10” – and is confident the 25-year-old knows what he must do to turn things around.

“He’s a guy who doesn’t change his mood whether he plays or doesn’t play,” he said. “There are players that just are happy when they play and they smile at me and smile at the backroom staff when they play.

“When they don’t play, they make you feel they are not happy and they behave like a little, little child.

“Bernardo is completely opposite. He’s a mature man. He’s a man who knows exactly what has happened, how this moment is and always he’s the same person.

“That’s why he is an incredible person for me to work with and always I will be grateful.

“In the time we spend together, the only thing I want is to help him to come back at his best level. If there is one player in this team who I would give help and support, it’s Bernardo Silva. He’s the first on the list.”

Mahrez scored his 10th Premier League goal of the season during Wednesday’s 5-0 thrashing of Newcastle United and Friday marked the two-year anniversary of his £60 million (€68m/$80m) arrival from Leicester City.