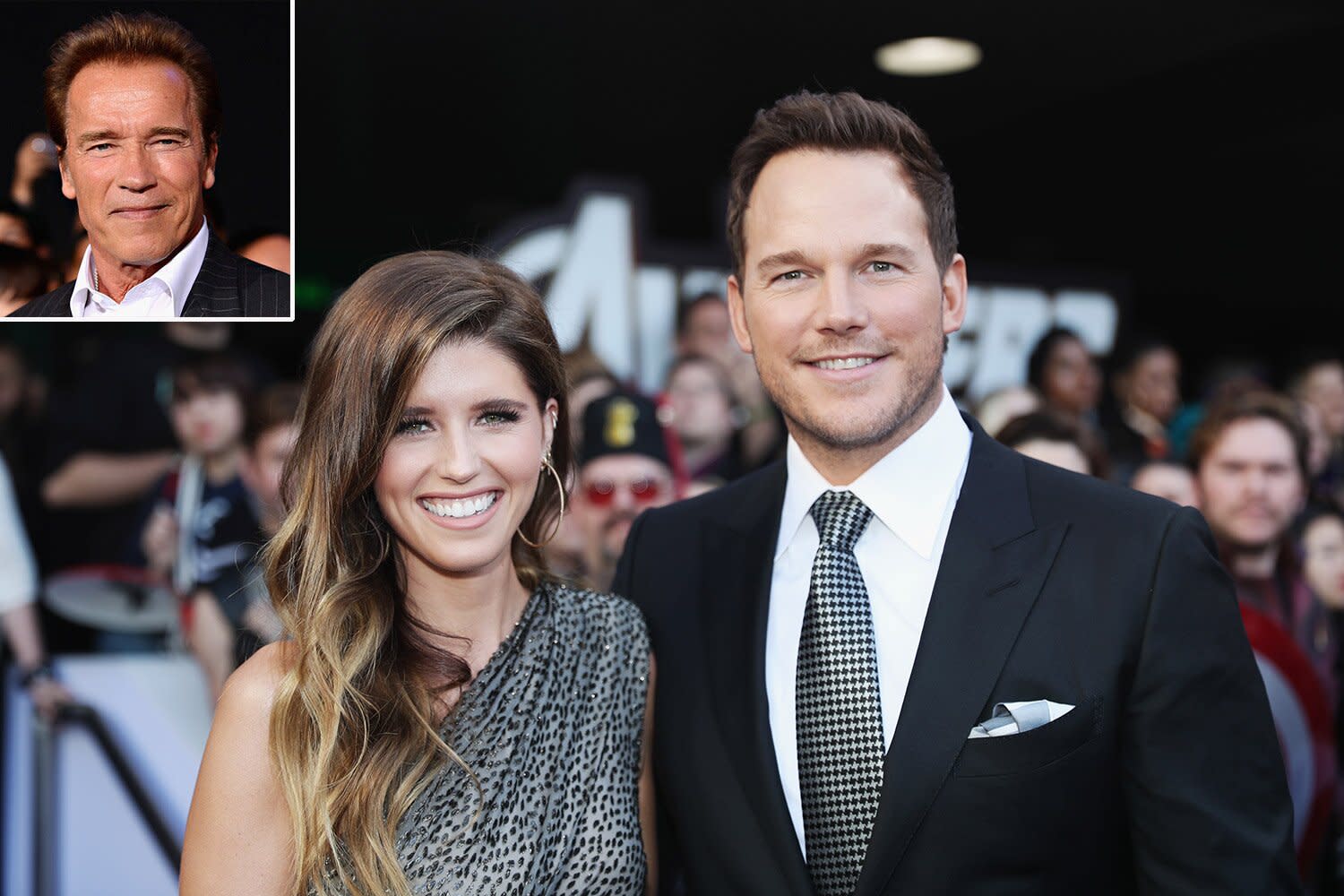 Arnold Schwarzenegger has had to say “hasta la vista, baby” to his preconceived notions of the path that his daughter Katherine Schwarzenegger‘s life would take.

The iconic action-film star surprised his former Kindergarten Cop co-stars with his appearance during a Zoom reunion hosted by Yahoo! Entertainment on Monday, Dec. 21. During the virtual event celebrating the 1990 family-friendly film, the actor said that he never expected Katherine to fall in love with someone from his same line of work, as she did when she tied the knot with Chris Pratt in June 2019.

“I never, ever thought that my daughter is going to marry an actor,” Arnold admitted. “I said to myself, she would be sick and tired of me dragging them to sets, having them watch me blowing up buildings and killing people.”

For some reason, Katherine, 31, was an anomaly among the four now-adult children that the Twins performer raised with Maria Shriver before the couple ended their 25-year marriage in May 2011. Arnold is also the father to 23-year-old Joseph Baena from his relationship with Mildred Baena.

“My kids always enjoyed it, but Katherine, she was crying always, the first few movies,” the 73-year-old star continued.

During the Zoom reunion, Arnold called Chris Pratt a “fantastic guy” who is “so easy to get along with.”

The Jingle All the Way actor added, “I’m really happy because he has been a wonderful, wonderful husband to her, and such a great son-in-law.”

Katherine and her 41-year-old Guardians of the Galaxy star husband welcomed daughter Lyla in August.