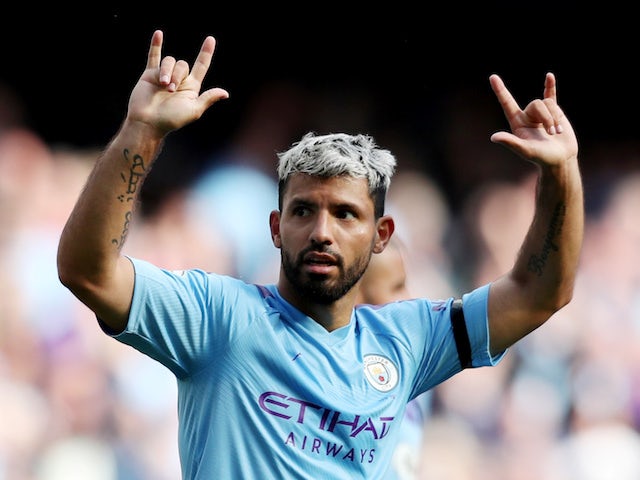 Sergio Aguero is “a legend at Manchester City and always will be”, admits David James, but the former Blues goalkeeper says the Argentine should be allowed to head for Paris Saint-Germain as Pep Guardiola’s side are no longer reliant on him.

The prolific South American striker is the all-time leading goalscorer for City, and he has spent over nine years in English football, finding the target on 256 occasions through 379 appearances.

Injury setbacks are, however, becoming frustratingly frequent and City have been finding other ways to trouble opponents in the final third of the field.

With that in mind, and with new PSG boss Mauricio Pochettino said to be keen on adding a player heading towards free agency to his books at Parc des Princes, James believes the time has come to bid farewell to an iconic 32-year-old.

He has told Stadium Astro of Aguero: “I would let him go.

“This isn’t taking anything away from him, he is a legend at Manchester City and always will be. There comes a point though when you are relying on him and can’t move forward. They have proved that they can move forward without him.

“I think he has finished top goalscorer in the Premier League once, we are not talking about an Alan Shearer that did it three years in a row.

“As much as he is a Manchester City legend and a dangerous threat, he spends a lot of time injured, he isn’t always the top scorer in the Premier League, and I think Manchester City are slowly trying to find that instinct where multiple high goalscorers are more important than one outstanding goalscorer.

“If you can get some money for him from PSG, especially considering the amount of time he has been injured, take it.

“It will be a fond farewell and I’m sure there will be a number of suitors that would like to come to Manchester City to fill his position.”

James added: “Do they need to sell Aguero to make money or do they let him go because he has been a loyal servant?

“Letting Aguero go won’t be because they want to get rid of him, it will be more of a thank you. If PSG are interested, then they would let it happen. They have already got people in place.”

Guardiola has often favoured a ‘false nine’ approach in his coaching career to date, and City have the firepower that would allow them to move on from Aguero without needing to invest heavily in another central striker.