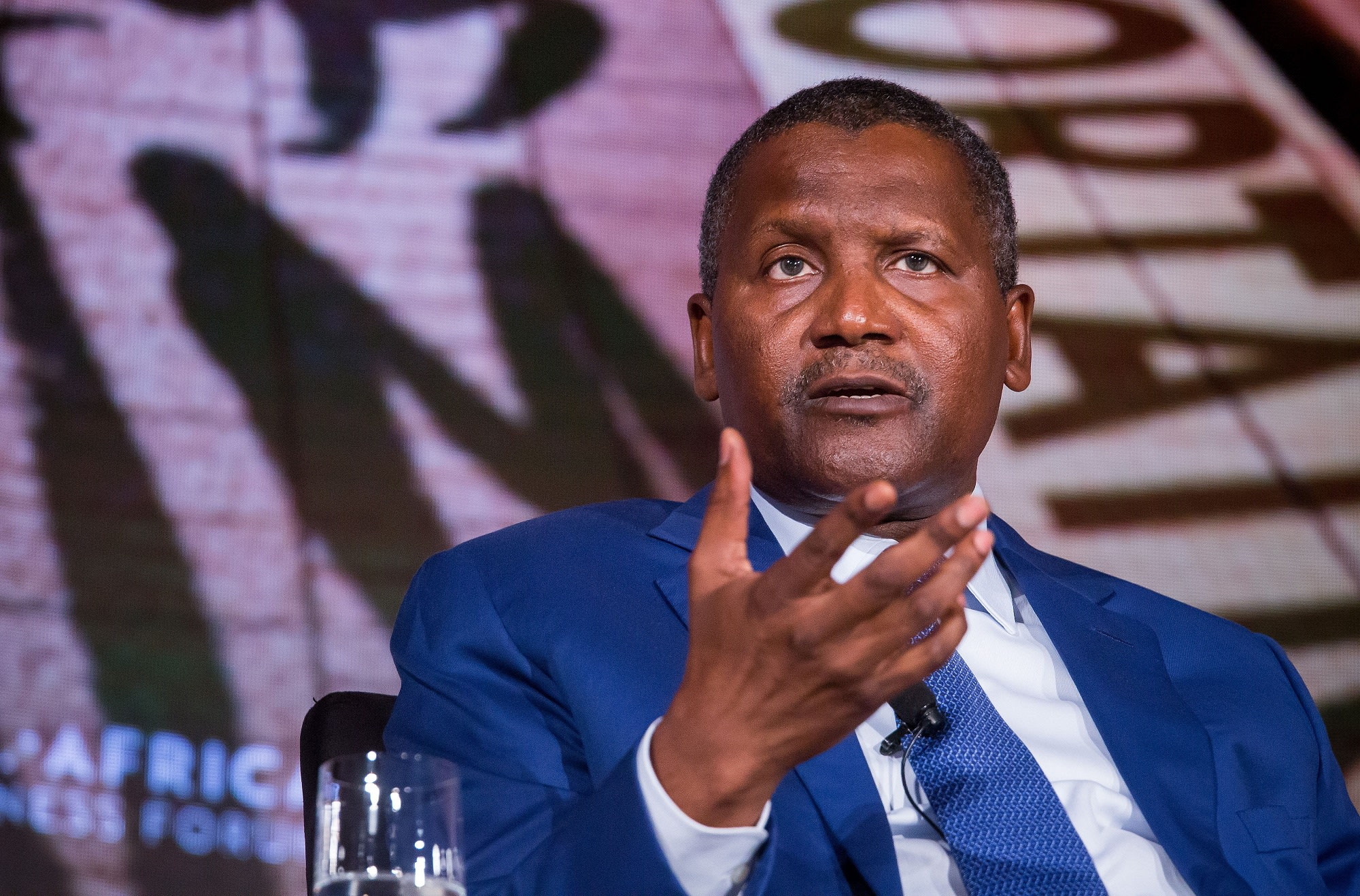 Africa’s richest man, Aliko Dangote, reportedly lost a total of $900 million within 24 hours on Friday, January 8, after his company Dangote Industries Limited emerged the biggest loser at the end of trading on the Nigerian Stock Exchange.

According to the Bloomberg Billionaires Index, Dangote’s wealth reportedly fell from $18.4bn on Thursday to $17.5bn on Friday, making him the 114th wealthiest man in the world, down from 106th the previous day.

The share price of Dangote Cement Plc, the country’s biggest listed company, and Africa’s largest cement producer, reportedly tumbled by 8.13 percent to close at N225 on Friday from N244.90 on Thursday.

Despite the loss, Dangote still maintained a place among the list of 500 billionaires across the world at No. 114 and retained his position as Africa’s richest person as of Friday.

“The majority of Dangote’s fortune is derived from his 86 per cent stake in publicly-traded Dangote Cement. He holds the shares in the company directly and through his conglomerate, Dangote Industries,” Bloomberg said.

His most valuable closely held asset is a fertiliser plant with capacity to produce up to 2.8 million tonnes of urea annually, according to the international news agency.

“A $12bn oil refinery that is currently being developed in Nigeria isn’t included in the valuation because it’s not yet operational and construction costs are calculated to outweigh its current value,” it said.