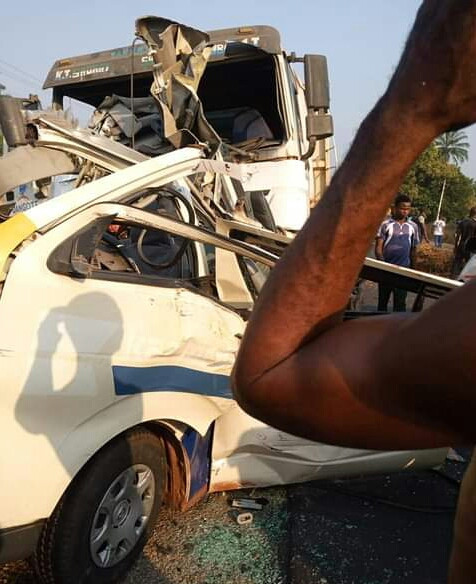 Fourteen people, including five children were killed in a ghastly motor accident along Anyingba-Ajaokuta road in Kogi State on Thursday, January 14.

The State Sector Commander of the Federal Road Safety Corps ( FRSC) Solomon Aghure, who confirmed the development to newsmen in Lokoja on Friday, said three vehicles, two trucks and a passenger bus, were involved in the accident.

Aghure said the trucks belonging to Dangote and a bus with the inscription, Bright Mass Transit, were travelling on the same lane towards Anyingba when one of the trucks suddenly hit the passenger bus from behind and the bus, as a result of the impact, also hit the truck in its front.

Aghure said the bus was trapped in between the two trucks with all the passengers before his men arrived the scene to carry out rescue operation, which lasted for hours.

He said that 14 out of the 23 persons involved in the accident died on the spot, while nine others sustained various degrees of injury. 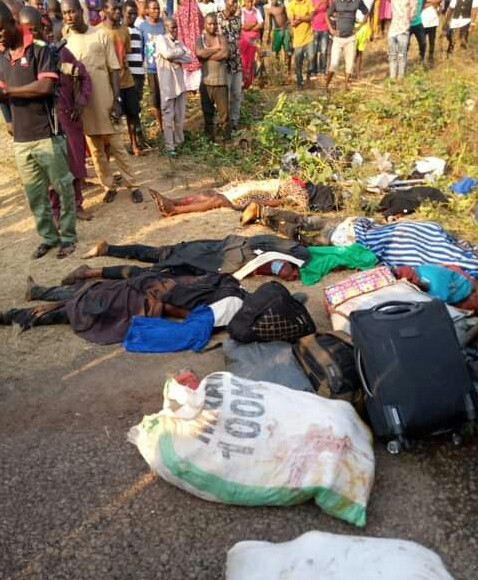 The Sector Commander further explained that three men, one woman and five children, comprising two male children and three female children were lucky as they survived the accident with some injuries.

He said the injured were taken to Holley Memorial Hospital, Ochadamu for treatment while the corpses were deposited at the morgue of Grimard Hospital, Anyingba.

Aghure attributed the accident to possible break failure on the part of the truck that hit the bus from behind but said further investigation would be carried out to determine its actual cause. 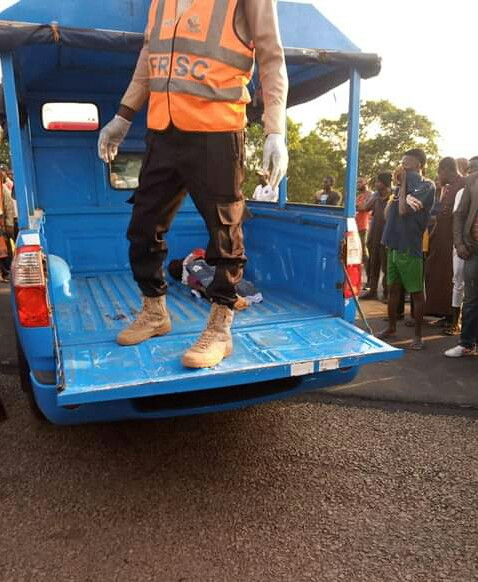 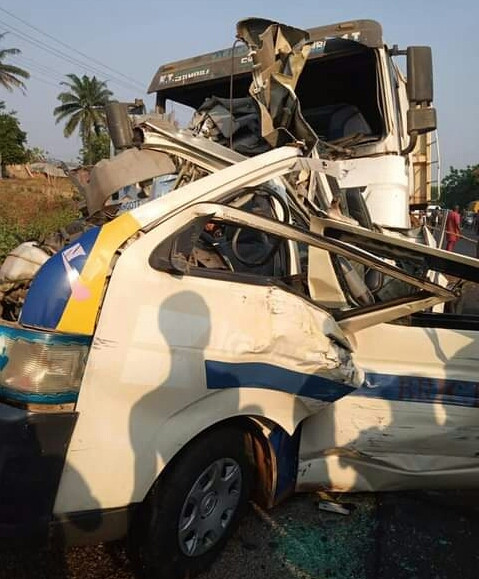 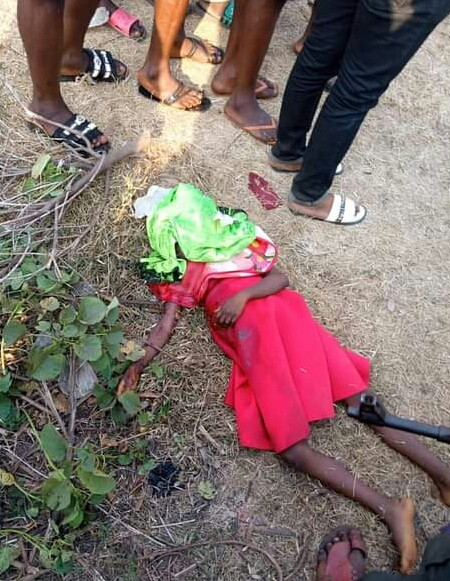